The Commodity Futures Trading Commission (CFTC) has spent most of the start of this year complaining about its dire situation with regards to funding, but this week saw definitive proof that the regulatory reform process is starting off down the wrong track, with the admission by CFTC commissioner Michael Dunn that the regulator is pushing ahead without first putting in place vital market definitions. Confirming the fears voiced by industry participants including Sifma’s resident and CEO Tim Ryan earlier this year, Dunn indicated that tight timelines are forcing the regulator to go ahead with reforms without first laying down the groundwork and agreeing and establishing the necessary industry definitions and standards.

“We’re trying to get things out, but we really don’t have the right nomenclature out there,” Dunn told attendees to Commodity Markets Council conference earlier this week. He elaborated on the pressure the CFTC and the Securities and Exchange Commission (SEC) are facing to get reforms enacted quickly before the July deadline passes and before funding runs out.

He also noted that working alongside the SEC has proved challenging because of the need to work together to draw up new standards for the OTC markets, rather than acting alone. The old adage that two heads are better than one does not apply when disagreements break out and there isn’t time to resolve them. Dunn’s reference to “turf” issues breaking out is not surprising, given both regulators’ history in the OTC markets.

Dunn’s honesty about the matter is likely to be linked to the fact he’s set to leave the regulator in June, although a replacement has not yet been named. It is also indicative of the serious challenge the industry may face if the regulatory community fails to establish the required data details before it rushes ahead with reforms. Firstly, how can the industry expect to provide feedback to proposals when the basic definitions are not in place to be able to judge these proposals? “It’s hard for you to comment on what we have out there, when you don’t know what we’re talking about,” Dunn admitted.

This is also worrying when you consider the feedback that the Office of Financial Research has recently received regarding its legal entity identification proposals, which are also tied to a July deadline. The vast majority of respondents have asked for further clarity about the fundamentals of the proposals, including which entities will be covered and key terms used within the documentation itself). If items such as this are not addressed, firms will be unable to act on the new requirements and the reforms will be full of (loop)holes.

Last month, Sifma’s Ryan warned of the dangers of regulators pushing ahead regardless of the consequences. “It’s more important that you get it right than you get it done on a deadline that is relatively abstract,” he warned the regulatory community. It looks like this advice has been disregarded.

END_OF_DOCUMENT_TOKEN_TO_BE_REPLACED 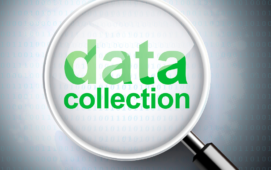 By Ken Lamar, Founder and Principal Partner, Lamar Associates LLC (With Robert Lee, Executive Director, North America Client Engagement, AxiomSL). Regulators are beginning a journey to design the next generation of data collection systems. A critical aspect of the design process is the need for new data capabilities to effectively conduct supervisory activities to ensure...