The Committee of European Securities Regulators (CESR) has called for the introduction of a new transparency regime for non-equity markets. The regulator is concerned that market led initiatives have failed to gain significant traction in the corporate bond, structured finance product and credit derivatives markets and is keen for a greater level of visibility to be introduced.

Jean-Paul Servais, chair of the Belgian Commission Bancaire, Financière et des Assurances (CBFA), and chair of the CESR MiFID Level 3 Expert Group, indicates that the recent market turmoil has prompted the regulatory community to seek greater transparency within the non-equity markets. “We think that it might be helpful in improving current market conditions, supporting liquidity in normal times and contributing to greater accuracy in valuations,” he says.

In line with the recent general trend within the regulatory community towards taking action (or at least talking about it a lot), CESR has released this final report on its recommendations and a feedback statement in response to market concerns that have been raised. “CESR considers that an increased level of transparency would be beneficial to the market and that a harmonised approach to post-trade transparency would be preferable to national initiatives taken in this area on the basis of the flexibility allowed by MiFID,” the regulatory body says in its statement.

Servais elaborates on CESR’s goal: “Anticipating the upcoming MiFID review of the Commission, CESR wanted to seize the opportunity to improve the current situation and ensure that any changes are implemented in as consistent a manner across Europe as possible, to ensure a level playing field and real transparency given the nature of our integrated markets.”

This report is part of CESR’s work to address some of the recommendations of the Financial Stability Forum in its report “Enhancing the Market and Institutional Resilience”, issued after the request, in October 2007, by the G7 Ministers and Central Bank Governors to undertake an analysis of the causes and weaknesses that have produced the turmoil that broke out in the summer of 2007. CESR has also taken note of the Declaration of the Summit on Financial Markets and the World Economy of the Leaders of the Group of Twenty (of 15 November 2008) which stated the commitment to: “strengthen financial market transparency, including by enhancing required disclosure on complex financial products.”

The report therefore recommends that a post-trade transparency regime should be put in place for corporate bonds that are either traded on a regulated market or on a multilateral trading facility (MTF). This rule applies to all bonds for which a prospectus has been published and the information contained in this should include a description of the bond (including a standardised format of identification), price/yield, volume and date and time of execution, says CESR.

“The regime should minimise any potential drawback on liquidity by allowing for delayed publication and/or the disclosure without specified volumes if the transaction exceeds a given threshold. When setting the thresholds, the initial issuance size (total value) and/or turnover of a particular corporate bond would need to be taken into account, in a similar way as in the case of shares under the existing MiFID regime,” says the report.

For structured finance products and credit derivatives, the transparency regime should be “complementary to existing initiatives designed at improving transparency earlier in the transaction chain”, indicates CESR. In the case of asset backed securities (ABSs) and collateralised debt obligations (CDOs), CESR recommends that a phased approach would be used so that the post-trade transparency regime would gradually apply to all ABSs and CDOs that are commonly considered as standardised.

However, CESR does not feel that the asset backed commercial papers (ABCP) market is in need of a new regime and therefore recommends this market be left to its own devices, for now at least.

Unsurprisingly though, the credit default swap (CDS) market does not get off so lightly. The CDS market has been in the regulatory spotlight repeatedly over the last few months and is likely to continue to be an area of focus for some time to come. The moves towards getting CDS clearing counterparties (CCPs) off the ground have been noted by CESR and the report indicates that these cleared CDS contracts should be covered by the new transparency regime. It indicates that this is due to their level of standardisation, even though the CCPs may have not yet launched.

“The post-trade transparency regime for structured finance products and credit derivatives should minimise any potential drawback on liquidity by allowing delays in or exemptions from the publication in a similar way as suggested for corporate bonds,” says the report.

This first publication of the CESR proposals does not include all the details for the introduction of the regime, such as how the phased approach for ABSs and CDOs will work, but the regulator indicates that this will be drawn up in cooperation with the European Commission in the coming months. It will also need to discuss the rather more complicated area of the exact conditions for the delayed publication of information on large trades. CESR states that it hopes to work with the Commission to ensure that any possible drawbacks on liquidity of these markets can be avoided.

It is certain, however, that should the proposals come to fruition, firms will be required to invest in their back office infrastructures in order to provide greater transparency into these post-trade processes for the regulatory community. The proposals essentially represent an extension of much of the work done for the equity markets under MiFID to the structured products arena and entail a similar level of investment in the back office.

This is likely to prove to be a difficult proposition at a time of great regulatory scrutiny and economic turmoil. Hence it is unlikely that the industry will opt to take action until it really has to and national regulators have transposed these requirements into domestic legislation.

END_OF_DOCUMENT_TOKEN_TO_BE_REPLACED 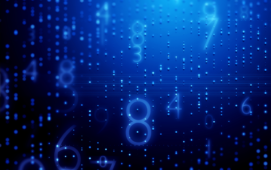 New Change FX (NCFX), an authorised benchmark calculation agent regulated by the FCA, has expanded its relationship with EOSE to strengthen distribution of its crypto data offering. EOSE, a specialist in commoditising data assets, will provide NCFX with a team of expert data sales and business development professionals, allowing NCFX to concentrate its resources on...