Central Utility for Reference Data is Desirable but Not a Realistic Goal by Next Year, Say RDR Readers

According to the results of our latest reader poll, the majority of you believe that a central utility for reference data is a desirable addition to the market. Over half of respondents, at 52%, indicated a central utility is needed, but said that it is not a realistic goal for next year.

This should be music to the ears of DClear, the wholly owned subsidiary of the investment arm of the Dubai International Financial Centre (DIFC), which released plans for its reference data utility in May this year. The DClear team has not yet revealed the full timeline for its project implementation, but given the responses from the majority of Reference Data Review readers, it should take its time to get the foundation work right.

Chief technology officer of DClear, David Penney, reckons the argument for the introduction of a central utility is compelling. He draws attention to the fact that a large proportion of trade breaks occur because of an issue with reference data and claims that his kind of reference data provides no competitive advantage. It seems that the majority of readers agree with him in this regard, and consider the introduction of a central utility in this space a viable concept.

Only 22% of respondents were hopeful that a reference data utility could be a reality by the end of next year – perhaps some of them were privy to information that the 52% weren’t…?

However, not everyone is convinced that a reference data central utility is a desirable goal after all, with 26% of respondents indicating that they did not wish to see one introduced into the market. Perhaps they are concerned that its introduction would complicate matters further or involve prohibitive costs to an already overstretched industry.

There are also a number of issues that would need to be answered before a utility such as this could be introduced, for example, what data types will be covered, where will they source the data, how will they ensure it’s right, how will they encourage people to use the service and how will it be priced?

END_OF_DOCUMENT_TOKEN_TO_BE_REPLACED 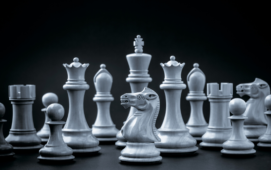