Spurred by the US Securities and Exchange Commission (SEC) approval of a national market system (NMS) plan in November, which includes creation of a consolidated audit trail (CAT), US securities exchanges chose Thesys Technologies, a New York-based trading technology provider with a focus on trading surveillance and big data functions already aimed at CAT functions.

Thesys’ proposal prevailed over FIS (Fidelity National Information Services) and the US self-regulatory organization (SRO), the Financial Industry Regulatory Authority (FINRA) in a vote by US exchanges choosing a builder for CAT.

The process of choosing a company to build CAT has been years in the making. The proposals were completed, including amendments, in March 2014, after a request for proposals was first published in February 2013. In July 2012, the SEC approved Rule 613 of Regulation NMS, which required exchanges’ SROs to submit a plan for building the CAT. It took until April 2016, however, for the SEC to publish the SROs CAT plan, which appears to have affected how the bidders proposals to build the CAT could be evaluated.

The choice of Thesys Technologies surprised some, and FINRA, as an SRO itself, had been expected to win the contract to build the database. FINRA issued this statement on the decision:

“FINRA appreciates the opportunity to have submitted a highly competitive proposal to become the processor for the Consolidated Audit Trail. Although ultimately we were not selected to be the processor, FINRA will work closely with all parties toward a smooth transition to the CAT. FINRA remains committed to its robust program of cross-market surveillance and looks forward to enhancing that oversight with the uniform, comprehensive data that the CAT will provide.”

END_OF_DOCUMENT_TOKEN_TO_BE_REPLACED 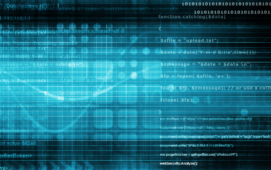 London-based analytics specialist BMLL Technologies’ new partnership with First Derivatives’ Kx will make BMLL’s data and analytics available via the Kx Streaming Analytics platform, which is used by many of the world’s major global financial institutions. The arrangement gives BMLL a significant new distribution channel as it continues its expansion in the wake of last...