Capgemini has signed up BNY Mellon as the second client of its reference data validation utility, according to sources familiar with the arrangement. The deal is an important one for Capgemini – which acquired the utility as part of its $4 billion acquisition of iGate two years ago – as it marks the first commercial uptake since the initial lift-out of UBS’s data management platform to create the utility in 2013.

The BNY Mellon win lends credibility to Capgemini’s capability in the utility space, moves it into closer competition with the SmartStream RDU, and ends a lengthy industry conversation about whether the utility could gain traction in the market. It also provides proven choice for firms evaluating reference data utility services going forward.

Capgemini acquired iGate early in 2015, making it one of the world’s largest consultancy and IT services firms and giving it a stake in the reference data utility market. With a serious win under its belt, the company now will be keen to establish the utility as a viable competitor to the SmartStream RDU, which itself made limited progress until three large banks – Goldman Sachs, JPMorgan Chase & Co, and Morgan Stanley – invested in the platform and its development as utility users.

For BNY Mellon, the deal advances data management strategy and circles back to earlier involvement with the initial developers of the reference data utility, particularly Markit EDM, whose platform formed the original basis for the iGate utility and provided BNY Mellon Asset Management with its first enterprise data management solution back in January 2014. 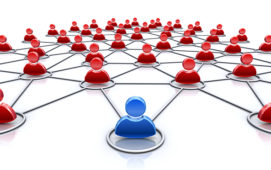 END_OF_DOCUMENT_TOKEN_TO_BE_REPLACED

GoldenSource has integrated FactSet content, including Truvalue Labs ESG data, into its ESG Impact product. The EDM solution provider will also be listed on the Open:FactSet Marketplace, a platform providing data applications and workflow solutions for investment professionals. GoldenSource ESG Impact is positioned to handle interlinked reference data, as well as fundamental and ESG data,...