Can Emerging Markets Resist The Algo Trading Bug in 2012?

As algorithmic trading continues to evolve, it is my view that we will start to witness more firms using their systems to trade equities not only from the U.S. and Europe, but also from the Middle Eastern, Latin America and Asian markets. The latest announcement that Colt’s sister company KVH will be expanding its low-latency network to Sydney, adding a new data and co-location centre, is indicative of the expansion of trading, and the rise in transaction volumes, across the Asia/Pacific region. New entrants, such as the Multilateral Trading Facilities (MTFs), are also bringing market liquidity and this in turn is drawing in more trading participants to the Asian markets.

However, it’s not all just about Asia; the Mexican Exchange will also be announcing the launch of a new internal trading engine, which has a reported throughput of more than 200,000 messages per second. Like KVH, the trading engine will be ultra-low latency, executing trades in round-trips of just 100 microseconds – an improvement of over 25 milliseconds on the Mexican Exchange’s legacy trading system.

Regulated investment firms in the likes of Brazil and India will continue to develop smart order routing capabilities as they gear up for a surge in algorithmic trading. This will be driven in part by the organisations that have managed to slip through the Volcker Rule system, brought in post the sub-prime mortgage collapse to restrict the amount of money banks can invest in hedge and private equity funds in order to safeguard the system from risky market speculation. Therefore, by turning their attentions towards more sophisticated smart order routing technologies, investment firms in emerging markets can avoid this regulatory risk by using algorithms to get the best results without moving the market, enabling them to access hidden liquidity.

However, it is not all straight forward for those looking to get aggressive around HFT in emerging markets. The procedures for regulatory approval around algorithmic trades are highly complex in certain markets. Take the National Stock Exchange (NSE) of India.  An organisation trading at high-speed in India must prove to the NSE that they have certain risk precautions in place. This is in addition to fully demonstrating the full nature of the trade to the exchange.

It is a question of when, not if , emerging markets will fully embrace the benefits of algorithmic trading in 2012. In every emerging market, a growing proportion of trading is conducted at high-speed and nothing except a blanket ban will prevent the practice from being adopted elsewhere. While there are a few barriers to overcome for the likes of India, when it comes to algorithmic trading, the genie is well and truly out of the bottle. If the model continues to work in Europe, why should emerging markets not adopt the same approach as the search for more liquidity gathers pace?

END_OF_DOCUMENT_TOKEN_TO_BE_REPLACED 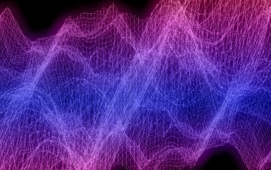