Cadis Software, a provider of enterprise data management (EDM) systems for buy side institutions, has opened a new office in New York office and appointed a new vice president of sales for North America, Hank Lamour.

Lamour has previously worked for PerTrac, SS&C Technologies, Merrill Lynch, Cantor Fitzgerald and Standard & Poor’s. His new role at Cadis means that he will be responsible for driving new business in North America.

As well as the appointment of Lamour, Cadis has also relocated long term employee, Juliet Mortleman, to run its North American support team.

Cadis says it has set up its New York office to underpin its growth in North America and further support its clients in this region, who include Principal Global Investors, Invesco, Canada Pension Plan Investment Board and Union Bank of California.

Dan Simpson, CEO of Cadis Software, says: “Hank Lamour’s solid experience and strong track record in sales to hedge funds and traditional buy side organisations will prove invaluable to us as we implement our aggressive growth plans for this region.” 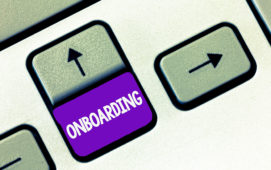 Financial services providers spend billions of dollars a year on Know Your Customer (KYC), client onboarding and due diligence. Yet even with vast investment, these processes rarely run smoothly. They also fall short of delivering a good client experience and fail to cut down on financial crime. At the heart of the problem–and solution–is data....