Pan-European retail trading venue Equiduct has reported a record turnover of €9.8 billion for the month of March 2020, an increase of 203% in comparison to March 2019. This strong finish to the first quarter saw new quarterly records set for the platform with a total turnover of €20.1 billion, representing a 109% increase compared to Q1 2019 with a 68.5% increase in market share. On 25 March, a new record for turnover in a single day was set, with more than €681 million traded on the platform. “We can observe a shift of trading activity to multilateral regulated markets such as Equiduct which provide greater depth of liquidity in a more robust environment,” said Wail Azizi, Head of Business Development.

END_OF_DOCUMENT_TOKEN_TO_BE_REPLACED 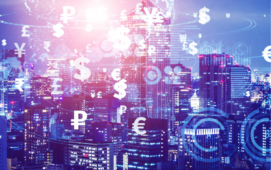