Following on from the recent departure of Lewis Alexander from the US Treasury, the regulator has appointed former Morgan Stanley chief economist Richard Berner to take over Alexander’s role as advisor on domestic financial matters to Treasury secretary Tim Geithner. A key part of this job is helping the Treasury to establish the new Office of Financial Research (OFR), a task that will require Berner to determine the best course of action to improve the quality of financial data to track systemic risk and thus get involved in the data standardisation debate directly.

Alexander had been in the job for around two years and made no secret of the fact he was keen to remain a temporary head of the OFR. The post does not require Senate confirmation but the appointment of the right individual is vital in determining the success of the new Treasury agency. Berner’s experience in the practitioner environment will likely be tapped for the role, as will his background as an economist when tackling the systemic risk monitoring challenge.

Earlier this year, Berner exited investment bank Morgan Stanley after 11 years as its chief US economist and co-head of its global economics team, leaving fellow co-head Joachim Fels to take over. In this role, he was involved in the forecasting and analysis of the global economy and financial markets (a key skill that could contribute to an understanding of systemic risk oversight). He was also co-head of Morgan Stanley’s Strategy Forum.

Before joining Morgan Stanley in 1999, Berner was executive vice president and chief economist at Mellon Bank, and a member of Mellon’s senior management committee. He also served for seven years on the research staff of the Federal Reserve in Washington and thus is no stranger to the regulatory environment.

In his new role, Berner will need to get up and running quickly – though it is evident from visitation notices on the Treasury’s website (see here), that he has already been fairly active in discussing the issues with predecessor Alexander. The OFR is currently working to an end of the month deadline for a decision to be made on the suitable registration authority for a new legal entity identifier. Swift is bidding for the registration authority role, along with other contenders such as the Association of National Numbering Agencies (ANNA). ISO is also in the process of pitching a 20 character legal entity ID code to the OFR and a vote on the draft standard is due by June (ahead of the OFR’s July deadline for a decision on the entity ID).

END_OF_DOCUMENT_TOKEN_TO_BE_REPLACED 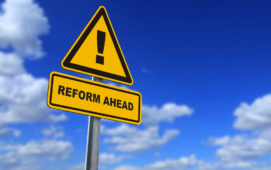 By Alexander Dorfmann, Senior Product Manager, SIX. Cast your mind back to around this time 14 years ago, when a certain investment bank’s share price nose-dived amid major concerns that its short-term liabilities were far greater than its liquid assets. That bank was Lehman Brothers, of course, and its downfall was underpinned by a fundamental...