The Brazilian financial markets – with the Sao Paulo-based BM&F BOVESPA securities market in particular – continue to drive activity among connectivity and infrastructure providers looking to support trading firms looking to take advantage of trading opportunities in a hot market.

Most recently, GlobeNet – which operates a submarine cable from Nasdaq’s Carteret, NJ data centre to BM&F BOVESPA with 106 milliseconds of round-trip latency – reported that is has built out its own network infrastructure within Sao Paulo, connecting in to Florencio de Abreu, 195, a connection point for the exchange.  Previously, it relied on third party telecom providers for the leg within the city. The new link gives it more control and faster implementation of customer connections.

Meanwhile, Sidera Networks is looking to the future by purchasing bandwidth on Seabras-1, a new 32 Tb/second submarine cable, being built by Seaborn Networks, linking Miami, FL to Sao Paulo. The network – which Seaborn execs say will be the fastest route, but they are not saying yet by how much – is expected to be operational in the fourth quarter of 2014. Seaborn execs also say connectivity from Miami to the New York City metro area will also be announced in due course.

END_OF_DOCUMENT_TOKEN_TO_BE_REPLACED 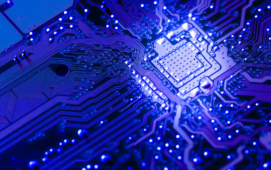 By Mike O’Hara, Special Correspondent. As we approach the third anniversary of its implementation date, the impact of the EU’s MiFID II continues to be felt around the world as global players adopt key measures as a form of best practice. Part of its wide remit to recast the mould for European institutional financial markets...