In case you are not aware, the EU’s Markets in Financial Instruments Directive, or MiFID, has been under discussion and review for a number of years.

It is not an understatement to say that MiFID will entail fundamental change to all securities markets within the European Union. The changes in both business practice and the technology that supports the business will be almost unprecedented.

Probably the closest comparison in size to the technology impact of MiFID is that of Y2K.

Not since Big Bang in the U.K. will such a fundamental change to the way that markets operate have been seen.

MiFID was originally targeted for implementation in May 2006. But virtually the whole European marketplace demanded a longer lead time to ensure that firms would have a chance to make the necessary changes to market practices, business and IT operations.

The date is now set at May 1, 2007 – and the EU has assured the industry that there will be no further delay.

Members of the European Parliament have a huge incentive to meet the 2007 date as MiFID forms a central plank of the European Parliament plan to create a single capital market in Europe. Business and technology changes and developments to comply with MiFID cover virtually every area, from front office to human resources. Even areas such as market and reference data will be greatly impacted under a number of the 73 Articles that make up the Directive. The trick between now and May 2007 will be to understand exactly how the Articles will impact your firm by identifying what changes you will need to make to your procedures and systems.

If you are to have any hope of meeting the 2007 date, you must start preparations now – there really is no time left to play with.

Over recent months, MiFID has been undergoing market consultation and, for over a year, representatives of many firms and trade associations have been working in committees or individually to understand MiFID’s proposals and provide comments to Brussels in an effort to influence change and amend various Articles. This market consultation phase has now finished. At the time of writing, the final version of MiFID is being agreed in Brussels.

Once it has been approved and ratified, MiFID will be implemented by all EU member states; regulators will need to make relevant changes to their domestic rule books.

In the U.K., the Financial Services Authority has until October this year to draft and issue the necessary rule changes to the market. This might be the occasion where many business and IT operations managers have targets and objectives set by their senior management. By then, it may already be too late to meet the May 2007 implementation deadline and it will inevitably trigger an increase in demand for contract and possibly permanent staff in an attempt to complete the work required in the time available.
Like Y2K, the increased demand will last for the next two years and then fall off.

However, the decline may not happen until well after 2007 and could go on until 2010 as firms struggle to ensure all dependencies within their business and IT operations comply with the changes.

END_OF_DOCUMENT_TOKEN_TO_BE_REPLACED 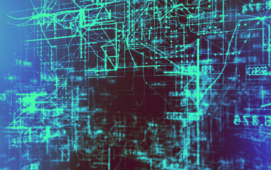