Volta Data Centres powered up its first data centre in central London in April 2013 and has since secured its first customer and an additional carrier to those already embedded in the building. And there is more to come as the company builds out the 45,000 square feet of hosting space at the Great Sutton Street site it acquired back in May 2011 – offering financial services firms a resilient power supply, low-latency connectivity and, if Volta can attract their attention, access to collocated exchanges.

The soft launch of the data centre early this summer will be followed by an official opening later this year, but in the meantime everything is in place for a first wave of customers – and scarcity of data centre space in the City of London suggests a second wave will not be far behind.

Volta was set up in May 2011 by Julian King and Matthew Dent, former directors at Global Switch, and Ian Charles Wright, former chairman of ICW Power. It is backed by equity funding from Apollo Global Real Estate Management and Glebe London. The company was set up to acquire the Great Sutton Street building in London EC1 that was used by Reuters as a data centre in the 1980s before being handed over to BT in 2007 with a lease that could be terminated in five years. As the end of the five years approached, BT decided it needed to refurbish or leave the building. Taking the second option, it exchanged contracts with Volta in May 2011 and vacated the data centre in June 2012. Having spent nine months on a redesign project, Volta moved in during July 2012.

Julian King, commercial director at Volta, says: “There is a scarcity of data centre space in London and there aren’t many opportunities to find a building like this with the capacity for a data centre and connectivity in place. Outside London it is possible to build one data centre and then another, but this can’t be done in the city.”

“During our due diligence we saw we could get a large power supply into the building that would provide unrivalled resilience. Where most data centres in central London have an 11kv power supply, we could get 33kv from the London infrastructure provider UK Power Networks.”

The Great Sutton Street building has a gross measurement of 91,000 square feet across six floors. Four of the floors will provide data centre space totalling 45,000 square feet, with the rest of the space supporting plant to service the data centre. This includes two 33kv substations with power coming from two separate parts of the national grid, UPS systems, diesel generators, switch gear, roof chillers and cooling loops throughout the building.

Tier one carriers with fibre links into the building – they have each dug two fibres into the building at different sides for resilience – include Colt, Verizon, C&W (now Vodafone), BT, AboveNet, EU networks, Geo and Zayo. The tier one carriers have been joined by Custom Connect, a provider of worldwide carrier-neutral connectivity that plans to make its full portfolio of services available at Great Sutton Street, including connectivity to ultra-low latency microwave transmission services.

King says: “The building has a history of good connectivity and we now have eight tier one carriers bringing fibres into the building. We are in discussion with other carriers and expect to announce additions on a regulator basis. Carriers take half a rack each and all offer low-latency connectivity services with overall connectivity from the data centre reaching east and west London, Frankfurt, New York and Chicago, all important destinations for data centre users. The data centre is popular with carriers as we have built the infrastructure and they have an opportunity to win business.”

With infrastructure in place, Volta has started to build out technical space on the fourth floor of the Great Sutton Street building and plans to fit out other floors as more customers require space. The fourth floor, which is slightly smaller than other floors in the building, covers 10,000 square feet. Volta is selling half a rack and upwards, suggesting a notional 300 racks on the floor and about 100 to 150 customers, although this could vary considerably depending on how much rack space individual customers take and whether some request private caged racks.

The company’s standard offering is a rack with 4kw of power supplied by A and B supplies for resilience, although it can provide more power to customers with high-performance computing requirements, and is prepared to negotiate bespoke solutions.

The first customer in the building is Fusion Media Networks, a managed services and security provider that has aggregated best-in-class carrier services to build an Ethernet infrastructure offering high-speed and resilient connectivity nationally and across Europe. The company’s next focus is a range of virtual data centre services that it will run out of Great Sutton Street.

Lee Norvall, chief technology at Fusion, comments: “We have invested in the latest technology to ensure our network infrastructure delivers market-leading performance and we are confident Volta’s Great Sutton Street data centre will meet our demanding requirements for high speed connectivity and ultra-low latency. We guarantee our customers the highest service levels and Volta will enable us to maintain that commitment.”

Volta says other customers are signing up across its target segments of financial services, media and content, and notes a particular pocket of interest in Tech City, an area of Shoreditch close to the data centre that has emerged with government support as a centre for digital start-ups.

Commenting on potential customers from the financial services sector, King says: “”We expect a broad range of customers such as traders and hedge funds looking for primary or disaster recovery functionality, as well as large banks that have a requirement to keep certain activities local but also have larger activities running outside central London.” He goes on to note that Volta is talking to, and would be pleased to secure, exchange customers. He says Great Sutton Street is a credible option for exchanges and that they would bring in their wake additional services providers and market data vendors.

In terms of competition, Volta’s nearest comparable competitor by location is Interxion, which has a London E1 address and is situated close to the heart of the city in Brick Lane. Further afield are out of town sites such as Equinix LD4 in Slough, to the west of London, and the NYSE Euronext data centre in Basildon, to the east of London. Talking about competition, King says Great Sutton Street has an unrivalled power supply, great connectivity and industry leading services, but it is the scarcity of central London-based data centre space rather than competition that he expects to drive growth for Volta. “”Demand for data centre space is growing year on year and that won’t change. London will always need capacity and our 45,000 square feet is not a huge addition to the 3 million square feet of capacity in and around London.” While he won’t be drawn on Volta’s next move, he concludes: “London, to our mind, will always be a strong market and we will look again at how to build the business at the right time.”

Date: 13 July 2022 Time: 10:00am ET / 3:00pm London / 4:00pm CET Duration: 50 minutes The requirement for high-performance data systems to support trading analytics for hedge funds, high-frequency trading firms and electronic liquidity providers is well established. But the explosion in Big Data over the past several years has expanded the scope of...

END_OF_DOCUMENT_TOKEN_TO_BE_REPLACED 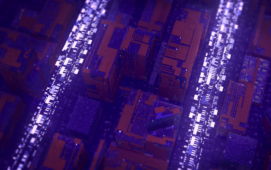