Electronic market-maker Virtu Financial has staked its claim as a Systematic Internaliser under MiFID II, announcing several distribution partnerships for its SI-related data feeds as the regulation came into effect last week. Virtu – whose SI aspirations will be led by its Virtu Financial Ireland operation – plans to provide bilateral liquidity in European cash equities for sell-side firms operating in Europe under MiFID II’s SI regime.

To promote that ambition, Virtu is making its SI equities, ETF and indications of interest (IOI) data feeds available through high-performance platforms Vela Trading Technologies, QuantHouse and Exegy. While early indications suggest a flight (of sorts) of volumes to SIs post-January 3, it’s not possible to gauge winner and losers in the SI battle for liquidity, since all SI trades are reported en mass under the SINT banner. As such, the market will have to wait until the publication of best execution reports later in the year to assess the impact of Virtu’s – and others’ – tech-led liquidity acquisition initiatives.

According to says Christiaan Scholtes, head of EMEA markets at Virtu Financial, “Integrating Virtu’s disclosed liquidity streams into the Vela SI Data Hub delivers a seamless and cost-effective connectivity solution for clients to access Virtu’s competitive and transparent liquidity across Equity and ETF securities in a MiFID II compliant environment.”

Ollie Cadman, Vela’s head of business operations for EMEA, says the Virtu equity and ETF data will not only be available via the SI Data Hub, but will be available to users of the vendor’s SMDS direct feed handling platform as well.

In a separate development, clients will also be able to access Virtu’s disclosed Systematic Internaliser liquidity through QuantHouse’s QuantFeed and QuantLink meachanisms. Virtu Financial’s Scholtes describes the arrangement as “an important step allowing us to provide our firm quotes efficiently and transparently to a broader range of market participants.”

Finally, Virtu’s SI and IOI data feeds have been made available via Exegy Inc.’s low-latency market data platform, enabling transparent access to Virtu’s liquidity in European and US equities and ETFs. Says Scholtes: “This is a great example of Exegy’s strategic view on the importance of MiFID II’s transparent SI regime to Exegy’s world-class customer base.”

END_OF_DOCUMENT_TOKEN_TO_BE_REPLACED 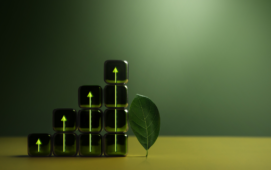 Integrating ESG data into traditional data management systems may be akin to fitting the proverbial square peg into a round hole, but it’s a challenge that financial institutions are having to confront every day. There are established workarounds, but they rely on a confluence of expertise in ESG and regular financial data. And there’s the...