Time for a MiFID for Corporate Actions? By Richard Newbury, Head of Product Services at Telekurs

Some good work to improve corporate actions processing has been done already, including the efforts of the Giovannini Group in highlighting 15 barriers to efficient cross-border trading, clearing and settlement, of which barrier 3 focuses on corporate actions. Another boost came from the introduction of ISO 15022 messages for corporate actions notifications. Data vendors began to map their proprietary data formats to the ISO 15022 MT564 message format from 2003.

Have the ISO 15022 and Giovannini processes laid firmer foundations and roots for faster progress in the future?

In the ISO 15022 arena, the Market Data Provider Users Group works to respond to the requirements presented by the Securities Market Practice Group. This means that data providers are working with market practitioners to provide solutions requested by the market practitioners. So as you can imagine, the solutions must fit the need perfectly and be selling like hot cakes…

On the contrary, the take-up of services from data providers has been rather less than overwhelming. How can this be so? A whole raft of reasons is cited. One is that the corporate actions area works well as it is.

It may be virtually impossible to find examples of corporate actions departments holding their hands up in public to the cost of errors, but it is slightly easier to find out the costs of running a corporate actions department from a human resources point of view. A report carried out by Telekurs Financial and Swiss Banking Institute, The University of Zurich earlier this year attempted to quantify the number of days’ work expended per corporate action type by studying an anonymous bank.

The surprising result was that 114 working days could be saved for every 1000 securities. The bank in question held just over seven-and-a-half thousand instruments. A straight line extrapolation means that full automation could save up to 855 days per year, or just over three-and-a-half full-time equivalent positions.

What are the barriers to further automation? Further standardisation in data content, rather than just formats, seems to be one of the answers. Processes work only if each and every peculiarity is catered for.

Taken at its most simple level, how can even a cash dividend with no options be programmed, when a dividend for a British company will be announced with a record date and one for a French one without? What about different record dates depending on the client? Arcelor Mittal announced a dividend payable on 17 September 2007 which states the “record date 4 September 2007 for European Shareholders, the record date 5 September 2007 for NYSE shareholders”. Why the difference? Well, Monday 3 September was Labor Day in the US, so the processing needed an additional day. The next dividend will have the same record date for all clients. Although a market holiday can be programmed into processes, sourcing holiday information is notoriously difficult and the inconsistencies give rise to risk in processing. Does that mean it is safer to keep human operators involved?

Would it not be more profitable to eliminate these peculiarities? The European Commission seems to think so – hence the Giovannini process. A number of other groups are working to find ways of overcoming the barriers that Giovannini has identified.

One of these groups, the European Central Securities Depositories Association (ECSDA), published its first report on the removal of barrier 3 in June 2005. It sets out 16 standards designed to reduce the inefficiencies in domestic and cross-border corporate actions processing.

The ECSDA standards cover announcement protocols as well as the content of announcements themselves. ECSDA recommends that the industry adopts ISO 15022 widely as a standard. This applies equally to corporate actions issuers. Other recommendations concern the harmonisation of ex and pay dates across the EU and even recommendations on which dates should be published.

On 3 July 2007, ECSDA, along with Federation of European Securities Exchanges (FESE) and European Association of Central Counterparty Clearing Houses (EACH) announced that “Europe’s trading platforms, central counterparties and settlement systems have agreed and published a set of detailed guidelines that aim to make the concept of ‘cross-border’ redundant for securities transactions within the European Union”. So that’s it. Problem solved. Of course.

The guidelines that the three bodies released mention corporate actions twice. In CSD to CSD dealings, a “similar cut-off time for corporate actions services” is promised. And with CCPs, the “receiving CCP” will “define the key standards for… corporate actions processing”.
So it doesn’t sound so promising once you look at the detail. However, to be fair, MiFID is a more pressing subject at the moment. So how much longer we will need to wait for a “MiFID for corporate actions”? Probably not that long. The market is buzzing with expectations of a clearing and settlement directive. There is opposition to it, but opposition is mostly overcome when the EU takes on the financial markets.

END_OF_DOCUMENT_TOKEN_TO_BE_REPLACED 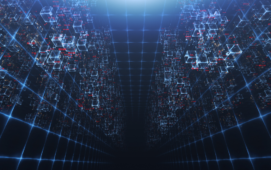 Datactics has made technology partnerships with Solidatus and MANTA with a view to helping clients build data fabric architecture that enables them to visualise and understand data quality at rest and in motion across the enterprise. By combining Datactics’ self-service data quality and matching software with Solidatus’ data lineage discovery, visualisation and management solution, clients...