Thomson Reuters has simplified access to its data feeds and services with a family of open source application programming interfaces (APIs) that are designed to help developers create innovative applications quickly and more easily than was previously possible.

The Elektron API family is a response to customer interest in open source APIs that can be extended to provide access not only to Thomson Reuters’ content, but also to third-party and proprietary content and systems. The APIs also meet customer requirements for APIs that are easier to use than Thomson Reuters’ existing UPA Ultra-Performance API and RFA Robust Foundation APIs.

The APIs are being made available to Thomson Reuters’ Developers Community and carry a small charge for support. They can also be downloaded from the GitHub open source platform free of charge, but with no support. The company’s existing RFA APIs will continue to be supported by Thomson Reuters.

Brennan Carley, head of platform and analytics, financial and risk, at Thomson Reuters, says: “We expect in-house developers in both buy- and sell-side firms and third-party application developers to use the Elektron APIs. These APIs lower the bar in terms of making it easier and quicker for developers to innovate and create new applications. For example, our existing APIs use 500 to 600 lines of code to consume market data, while the new APIs use 20 to 30 lines.”

Design and development of the Elektron API family was supported by five banks that took part in an early access project and went on to use the APIs in a beta programme that is now finalising the APIs that will be released later this year.

END_OF_DOCUMENT_TOKEN_TO_BE_REPLACED 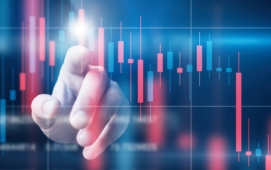 AllianceBernstein has turned to desktop integration specialist Glue42 to improve its trader interface with the aim of improving the user experience and boosting productivity. AB engaged Glue42 to support and organise its trader interface into a collection of micro applications that form a cohesive workflow. This approach will enable AB’s engineers build a framework that...