BlockOne IQ is based on the concept of smart oracles, which are, essentially, adapter-like mechanisms that bridge the gap between web-based application programming interfaces (APIs) and the blockchain. It was designed to support experimentation and is compatible with Ethereum and Corda technology, allowing app developers to call Thompson Reuters market data and include it in smart contracts. Versions compatible with Hyperledger and other blockchain technologies are in the making.

Sam Chadwick, director of strategy in innovation and blockchain at Thomson Reuters, explains: “Thomson Reuters is a trusted source of information in the financial ecosystem, so it is a logical step to include blockchain as a distribution channel for our data and allow it to be used by organisations experimenting with smart contracts.”

BlockOne IQ will run in beta mode until the end of this year, when Thomson Reuters will decide whether or not to continue its development. Chadwick comments: “It seems that real world data is needed in applications. Until now, there hasn’t been a provider of trusted external market data in the blockchain ecosystem.”

Thomson Reuters expects BlockOne IQ to find use cases in compliance, derivatives transactions that need an external data point, entity identity – although Chadwick notes that this is still some way off, and foreign exchange, where a portfolio of cryptographic assets could use offchain currency values to convert all entries to one currency. The company is also looking at how share prices, benchmark rates, corporate actions and Big Data could be included in blockchain transactions.

BlockOne IQ builds on Thomson Reuters’ first blockchain development, BlockOne ID. This is also based on Ethereum technology, which the company has worked with for the past two years as it is free to use, has a strong developer community – from which Thomson Reuters has acquired talent – and uses the relatively mature Solidity coding language.

Chadwick says: “We realised that transactions performed using blockchain technology are anonymous, an app developer doesn’t know who a user is so can’t add value to a transaction, perhaps by suggesting preferences. This is important in terms of the content we provide as it requires entitlements and permissions, which can’t be given without identification.”

Thomson Reuters tackled this identification problem with the development of BlockOne ID, a solution that maps Ethereum addresses to digital identities – perhaps Google or Twitter identities – and provides one identifier to work with. An entity’s name remains pseudonymous, but an app developer can provide entitlement and a richer user experience.

From a commercial perspective, Chadwick says it is up to Thomson Reuters’ individual financial and risk businesses to decide whether to adopt and run with blockchain solutions, although he does expect one or two initial use cases to find favour. He concludes: “This is not about technology, the technology is not ours. It is about another channel to market for our content and could be a channel for additional content that works well with blockchain technology.”

END_OF_DOCUMENT_TOKEN_TO_BE_REPLACED 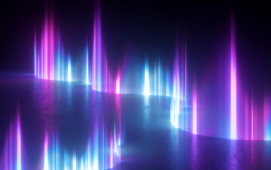