The RiskBusiness Regulator Survey Shows Some Cause for Concern

The aim of this Survey was to benchmark market participants’ perspectives on the effectiveness and appropriateness of operational risk regulation.

The results were analysed overall, by geographical region and by regulator. Individual regulator results are only available to the relevant regulator.

The results overall, in this time of ongoing global financial and economic uncertainty, are of deep concern for the entire industry:

There are many exceptions, however, and several regulators have received recognition for their leadership in the areas of operational risk, which is clear from the individual regulator results although these will only be made available to the regulator concerned.

Mike Finlay, CEO of RiskBusiness International, comments: “With more than a decade having passed since the first steps to formalise operational risk at the regulatory level were taken, it is of concern that many market participants – across the entire spectrum of the industry from retail banking, through investment banking, asset management, fund management and insurance – still do not have the transparent level playing field with suitable, risk-based supervision which the original working groups sought to implement. In many countries, operational risk is a game played between supervisor and participant – the regulator issues regulations and the participants do the minimum to comply with those regulations. And while this game goes on, major financial losses are suffered by these same firms and by the industry overall. All evidence shows that extreme loss events arise due to operational risks which are not adequately managed – it is time for all market participants and their regulators to accept that operational risk is much more than a game and to work together to safeguard the global financial markets”.

The headline results are as follows:

For more detailed analysis please refer to the attached report.

END_OF_DOCUMENT_TOKEN_TO_BE_REPLACED 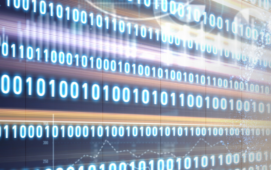