The Conservative and Liberal Message: Taxes and Data Rates to Rise in 2013

There are some great certainties in life, such as taxes, death and so on. But death rates and taxes can go up and down. Not so with market data. There is no argument. Data rates always go up.

Although 2012 was a notoriously poor year in terms of US trading volumes, aggregate market data traffic rose at an annual rate of 16%, according to FIF statistics. Indeed, even as the politicians gather to argue on Capitol Hill about the US debt ceiling, the key utilities governing the distribution of US equities and options data have already approved significant increases by the end of this January.

The conservatism of the utilities is no doubt driven by the business plans of the multitudinous exchanges, and this is why we are seeing much higher ceilings in 2013. As a result, there is real potential for massive simultaneous output that could be extremely damaging for those who are not prepared, assuming the markets pick up steam.

Conservative data recipients are therefore well advised to provision liberal quantities of bandwidth and system resource to allow for the next potential super storm. There is no excuse for under provisioning.

END_OF_DOCUMENT_TOKEN_TO_BE_REPLACED 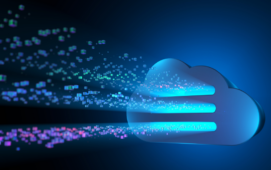