The Big Boys Start to Circle the Wagons

In every segment of the financial information technology space, there comes a time when the success of the grass roots specialist vendors comes to the attention of the bigger umbrella suppliers of IT services and applications. That moment may be in the process of coming very early to the area of reference data.

The past two months have seen significant deals in the area. First, SunGard – with its acquisition of one of the veterans of financial data management, Fame Information Services – and now IBM, with its takeover of the reference data engine it co-developed with Dresdner Bank and Asset Control. And as with similar instances in other segments of financial IT, these deals invariably represent a double-edged sword. For the acquired entity, benefits include access to greater resources, and usually a stronger brand to market, particularly useful in a twitchy marketplace like today’s – ‘Nobody ever got fired for buying IBM,’ etc. For the acquirer, a purchase is often a fast track to specialized capabilities that would take time and money to develop itself. Add a management earn-out, and you have a ‘guarantee’ – if such a thing exists – of continuing performance, at least for the short term. But there can be downsides to these deals. Small players can get lost within the cavernous halls and corridors of the bigger players. SunGard’s ‘laissez-faire’ approach to corporate management may alleviate this. IBM is a monolith, though; try finding your favourite application on the IBM web-site, for example. IBM’s deal with Dresdner, however, is encouraging because it underscores the big IT services company’s commitment to the reference data area. With so many offerings for data, data management, corporate actions processing and security identifiers swishing around the marketplace, IBM has marked a line in the sand with its decision to invest in a specific solution and outsourcing capability. Bravo! Elsewhere, the London Stock Exchange’s attempts to become a Big Player in securities identifiers is still on track despite the minor embarrassment of the launch delay. The exchange plans to issue a new live date this week – on January 23 – that is expected to be pretty soon. So, a few red faces but no real harm done there. As we suggested in last month’s issue, the market now faces a steady period of heightened activity. This month’s indicator must be the sheer volume of trade events we’re seeing as we finalize our marketing plans for the year. While RDR’s Diary is already bulging, we’re getting wind of still more events on the horizon. In a review of one of the several new books covering the AOL Time Warner debacle, a writer in this Sunday’s New York Times joked (we think) that event planners were the only businesses to enjoy sustained revenues from the dot.com boom. We’ll see whether that’s the case for the reference data industry. We suspect it won’t be. 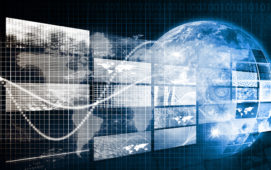 The promise of greater flexibility, lower operating costs and a reduced local IT footprint is driving acceptance of the cloud as the delivery mechanism for key front-office capabilities, including market data and trading applications. Progress in security and hybrid solutions is making cloud delivery viable for trading firms of all types, particularly smaller players keen...

END_OF_DOCUMENT_TOKEN_TO_BE_REPLACED

The Derivatives Service Bureau (DSB) is calling for additional members to join its Technology Advisory Committee (TAC). Successful applicants will take part in the next term of the TAC, which starts in October 2022. To apply, send a covering email to the TAC Secretariat at DSB.TAC@ANNA-DSB.com, along with a copy of your CV. The application...