Acquisitive SunGard is in talks about a possible purchase of data management firm Asset Control. Although in early stages of discussion, the talks appear to be part of a wider strategy by SunGard to make a substantial commitment to the reference data area, already indicated by its earlier acquisition of Fame Information Services late last year (RDR, December 2003).

Executives at SunGard and Asset Control decline to confirm the two have been talking about a potential takeover. Sources suggest, however, that Asset Control has asked for a higher valuation than SunGard offered in its initial proposal. It is understood that negotiations are ongoing.

As part of its commitment to the space, SunGard has initiated discussions with many diverse players involved in the reference data area. This is expected to yield a number of announcements about activities in the short term. At the time of the Fame acquisition SunGard said it would provide a technology foundation to standardize the handling of historical and reference data across its many operating units and product lines, as well as providing it with an enterprise-wide reference data management platform to sell.

While Fame, traditionally a provider of time-series data sourcing and cleansing services, was effectively new to the reference data business, Asset Control has operated in the enterprise data management space for a number of years. How SunGard views the two organizations working together as part of the same organization is not yet clear.

Sources suggest SunGard – after making progress with integrating Fame into the corporate structure – may be considering Asset Control in order to fill in certain gaps in functionality in meeting its objectives in integrating its entire product suite. Integration of Fame into SunGard appears to have resulted in a reduction of head count by about 30 development, sales and marketing staff, sources say, bringing total head count down to about 160.

While negotiations continue, Asset Control has been selected as the technology partner for Accenture’s new Managed Reference Data (MRD) service. The service will be powered by Asset Control’s Acdex technology. According to sources, Accenture is in late stage talks with several large institutions regarding MRD.

This partnership appears to represent a change of strategic direction for Asset Control’s outsourcing initiative Acdex. By white-labeling Acdex as the technology engine for outsourcing offerings of larger partners with wider client bases, Asset Control aims to leverage the credibility and selling power of these global technology firms to overcome any potential hesitations of financial institutions to outsource mission-critical data functions.

At the time, Asset Control stressed the nonexclusive nature of its arrangement with IBM and is doing so with regard to the Accenture deal also. Although Accenture is a direct rival in the IT services area, it is understood that their focus with regard to these data outsourcing arrangements is different: IBM is initially concentrating on pricing for risk-based data services, while Accenture is focusing on a wider role of reference data within the STP chain.

Detailed information on Accenture’s plans weren’t available by press time. However, Accenture capital markets chief Bill Cline, outlined the firm’s approach to reference data in an exclusive article published by Reference Data Review’s sister publication, A-Team Insight, last year. In the article, Cline said a slew of operational pressures were forcing financial institutions to face up to “the massive task of wringing order from the costly and redundant world of financial data systems.”

Cline suggested that outsourcing may be a solution. At the time the article was published, Cline noted that while an industry survey found that “70% of firms said that a reference data industry utility could meet their organization’s data requirements, 65% said they didn’t believe their firms would contribute funding to such a utility.” It appears that Accenture now believes the time is ripe for offering up just such a model.

According to Cline, by offloading functions like reference data management through progressive sourcing arrangements, “firms can set an achievable course toward standards-based efficiency while enjoying the proven upside of outsourcing:

• Quick transition to a variable cost model, removing the fixed costs of maintaining operations technology and staff in-house and benefiting from economies of scale

Asset Control is also keeping busy with its data sourcing relationships. It has formalized its relationships with Telekurs Financial, which follows a similar deal with Reuters. Although Asset Control has interfaced to these data vendors for some time, the formalization of the relationship has led to closer cooperation between the firm and its vendor partners.

Ger Rosenkamp, president and CEO of Asset Control, says, “When we launched several years ago, it was a struggle to convince the data vendors to work with us. Now they recognize the value in working closely with us as it benefits the clients.”

Another important relationship for Asset Control is the one it has with Swift. The organization is planning to open up its Swiftnet network to data vendors, pending agreement at a management committee meeting in June. Asset Control intends to become involved once a decision is made. Recognizing the increasing importance of legal entity identifiers, Asset Control has also recently extended its normalization data model to include this data, in addition to its existing time series, corporate actions and reference data.

It will also provide off-the-shelf interfaces by information source. Martijn Groot, product marketing manager at Asset Control, says the company is sourcing this data from a variety of providers including the Crosswalk initiative from Standard & Poor’s, Dun & Bradstreet and Telekurs.

“We are in discussions with other data vendors, although it is early days.” While Asset Control has pushed the ‘enterprise-wide data management’ model, Rosenkamp acknowledges that this is a hard concept to sell. Although one of their recent clients Societe Generale took an enterprise-wide approach, most institutions are complex and highly political, and so taking a departmental approach, with a view to expanding once inside the organization, has proved easier to sell.

END_OF_DOCUMENT_TOKEN_TO_BE_REPLACED 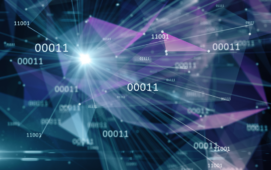