SEC’s Cox Calls for Merger of CFTC and SEC

The credit derivatives regulatory turf war that has been ongoing for the last couple of months may soon be over if the proposal by the chairman of the US Securities and Exchange Commission (SEC) for a merger between the SEC and the Commodity Futures Trading Commission (CFTC) is approved. Christopher Cox has publicly stated his support for the merger and suggested to a hearing before Congress this week that a select committee on financial services regulatory reform should be formed to explore the details.

“This would bring futures within the same general framework that currently governs economically similar securities,” he told the Congressional hearing.

Although the SEC and CFTC signed an agreement to increase cooperation in March, they have been recently engaged in jurisdictional battles concerning the regulation of the credit default swap (CDS) market. The discussions around the establishment of a CDS clearing counterparty have been mired in a legal quandary as the once clear cut lines between regulatory jurisdiction have blurred.

Cox’s suggestion would solve these issues and it is he first time that he has displayed support for such a merger.

END_OF_DOCUMENT_TOKEN_TO_BE_REPLACED 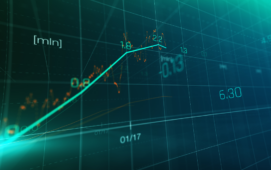