The Securities and Exchange Commission today announced that the agency filed a record 735 enforcement actions in the fiscal year that ended September 30. This record number includes many cases involving highly complex products, transactions, and market practices, including those related to the financial crisis as well as insider trading by market professionals.

“We continue to build an unmatched record of holding wrongdoers accountable and returning money to harmed investors,” said SEC Chairman Mary L. Schapiro. “I am proud of our Enforcement Division’s many talented professionals and their efforts that resulted in a broad array of significant enforcement actions, including those related to the financial crisis and its aftermath.”

In 2009 and 2010, the SEC’s Enforcement Division underwent its most significant reorganization since it was established in the early 1970s. In an effort that greatly strengthened its enforcement capacity, the Division flattened its management structure, revamped the way it handles tips and complaints, facilitated the swift prosecution of wrongdoers through a formal program that encourages cooperation from individuals and companies in SEC investigations, and created national specialized units in five priority areas involving complex and higher risk areas of potential securities laws violations, among other things.

In the first complete fiscal year (FY) since these and other reforms took place, markets and investors alike benefited substantially. This is evidenced by the filing of more enforcement actions in FY 2011 than ever filed in a single year in SEC history, and more than $2.8 billion in penalties and disgorgement ordered in FY 2011 SEC enforcement actions.

“The Enforcement Division responded to Chairman Schapiro’s leadership with a record-breaking performance during a period of resource constraints,” said Robert Khuzami, Director of the SEC’s Division of Enforcement. “This remarkable accomplishment has its roots in the talent, grit, and determination of the staff, as well as their creativity and willingness to consider new tools and approaches to stopping and deterring fraud and misconduct.”

Financial Crisis-Related Cases
Among the cases filed by the SEC in FY 2011 were 15 separate actions naming 17 individuals, including 16 CEOs, CFOs and other senior corporate officers, involving wrongdoing related to the financial crisis. These cases included enforcement actions involving collateralized debt obligations (CDOs) against J.P. Morgan for misleading investors in a CDO as the housing market began to plummet, Wachovia Capital Markets for misconduct in the sale of two CDOs tied to the performance of residential mortgage-backed securities, and two firms (Stifel, Nicolaus & Co. and RBC Capital Markets) involved in the sale of unsuitable CDO investments to five Wisconsin school districts. The SEC also charged six executives at Brooke Corporation and three executives at mortgage lender IndyMac Bancorp for misleading investors about the deteriorating financial condition at their respective companies. Separately, Morgan Keegan & Company this year paid $200 million to settle charges brought in FY 2010 that it falsely valued subprime mortgage securities in five funds managed by an affiliate.

During the last 2½ years, the agency has filed 36 separate actions in its financial crisis-related cases against 81 defendants – nearly half of whom were CEOs, CFOs and senior corporate executives, resulting in approximately $1.97 billion in disgorgement, penalties, and other monetary relief obtained. In addition to the cases described above, this includes enforcement actions against Goldman Sachs and Citigroup, as well as senior executives from Countrywide Financial, New Century and American Home Mortgage.

Insider Trading Cases
Insider trading cases also are on the upswing with 57 actions filed in FY 2011 by the SEC, a nearly eight percent increase over last year’s total. Among those charged in SEC insider trading cases in the past fiscal year were various hedge funds managers and traders involved in a $30 million expert networking trading scheme, a former NASDAQ Managing Director, a former Major League Baseball player, and an FDA chemist. The SEC also brought insider trading charges against a Goldman Sachs employee and his father who traded on confidential information learned at work on the firm’s ETF desk, and a corporate board member of a major energy company and his son for trading on confidential information about the impending takeover of the company. In FY 2011, the SEC obtained judgments in 18 actions arising out of its investigation of hedge fund manager Raj Rajaratnam, the founder of Galleon Management, who was recently convicted of multiple counts of insider trading. The SEC obtained a record financial penalty of $92.8 million against Rajaratnam in its civil action for widespread insider trading. The SEC provided significant assistance to the U.S. Attorney’s Office for the Southern District of New York in its successful criminal prosecution of Rajaratnam.

Other Enforcement Matters
The SEC brought 89 actions in FY 2011 for financial fraud and issuer disclosure violations. Those cases included actions against Satyam Computer Services for fraudulently overstating its financial results by more than $1 billion over five years, the India-based affiliates of PricewaterhouseCoopers for their audit failures related to Satyam, and DHB Industries – a major supplier of body armor to the U.S. military and law enforcement agencies – for engaging in a massive accounting fraud. The SEC also filed separate fraud charges against DHB’s former outside directors and audit committee members for facilitating the company’s fraud.

The SEC’s Cross Border Working Group, a proactive risk-based initiative focusing on U.S. companies with substantial foreign operations, brought many important actions in FY 2011 including the first-ever stop orders for post-effective registration statements due to the resignation of a company’s independent auditor, several trading suspensions of securities based on the accuracy and completeness of their publicly filed information (HELI, CHJI, RINO, ARFR, HIET, and DYOUF), and a subpoena enforcement action against Deloitte Touche Tohmatsu CPA for failing to produce documents related to an investigation into possible fraud by the Shanghai-based public accounting firm’s client Longtop Financial Technologies.

The SEC also brought enforcement actions against individuals and firms targeting vulnerable investors such as three senior executives at Akron, Ohio-based Fair Finance Company who orchestrated a $230 million fraudulent scheme involving thousands of investors, many of them elderly. The SEC also charged Internet-based investment company Imperia Invest IBC for operating a scheme targeting many members of the deaf community.

Among those charged in SEC investment adviser and broker dealer actions were Charles Schwab entities and executives for making misleading statements to investors regarding a mutual fund heavily invested in mortgage-backed and other risky securities, AXA Rosenberg Group and its founder for concealing a significant error in the computer code of the quantitative investment model that they used to manage client assets, and Merrill Lynch for misusing customer order information to place proprietary trades for the firm and for charging customers undisclosed trading fees. The Schwab entities paid more than $118 million to settle the SEC’s charges, while AXA Rosenberg paid $217 million to cover investor losses and a $25 million penalty.

Additional data on the SEC’s FY 2011 enforcement results will be available as part of the agency’s Performance and Accountability Report that will be published at a later date.

END_OF_DOCUMENT_TOKEN_TO_BE_REPLACED 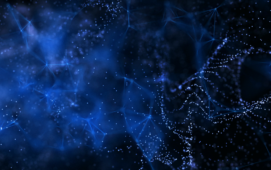