The UK Financial Services Authority’s (FSA) incoming Single Customer View (SCV) reforms, which are part of the Financial Services Compensation Scheme (FSCS), will require financial institutions to introduce a raft of new data linkages in order to consolidate customer data into the required reporting format, said PJ Di Giammarino, CEO of JWG at last night’s FS Club. The reforms will also mean firms will need to add 25 new data fields to be able to provide an aggregate view of all customer deposits across businesses and products.

Following a protracted consultation period last year, the FSA has given firms a year in which to adapt their systems in order to be able to provide a single view of their customer data: the deadline for compliance is the fourth quarter of this year. This, combined with the “regulatory tsunami” facing the industry this year, should help data management teams to secure some funding in order to keep the regulators off the backs of firms’ boards.

The single view is required for firms to be enabled to achieve a seven day payout target for customer compensation, should the worst happen, according to the FSA. In order to ensure that firms are capable of doing this, the regulator is therefore introducing reporting procedures to test firms’ SCV capabilities. “These reports will be checked for data quality but there is currently no standard set against which to benchmark,” explained Di Giammarino.

According to the estimates published by the FSA and drawn up by consulting firm Ernst & Young last year, the total cost to a large bank of the data cleansing process in order to be able to produce these reports will be between £191 and £243 million. “These are scary numbers as the average large bank will have to shell out a quarter of a million on data scrubbing alone,” said Di Giammarino.

The FSA will also begin checking early to see that banks have begun the implementation process: the first deadline for reporting of firms’ project plans is 31 July this year.

Furthermore, the rest of Europe is also poised to follow suit, as these customer protections are all part of the G20 reform plan (point 60, according to Di Giammarino), as well as many other countries including Australia, which has gone one step further than the FSA in its prescriptive approach. The lack of a common plan and data standards may mean even more cost to those banks operating across jurisdictions (much the same as liquidity reporting standards).

Panellists including Rekha Modi Gomes, compliance director at EMEA Consumer for Citi and Peter Tyler director of Retail at the British Bankers’ Association (BBA) agreed that there was little business compulsion to produce this SCV apart from keeping the regulator happy. The authorised entity view that is required by the FSA is not applicable to the way banks do business and would not likely prove much benefit in a commercial sense, said Modi Gomes.

The most challenging aspect of the reform will be to meet the strict deadlines that have been set by the FSA, given that clarity on the matter has come fairly late into the process, agreed Modi Gomes and Tyler. Moreover, the data required to produce the FSA’s reports is held in many different systems, in different formats and some will even need to be disaggregated before it can be used, they said.

END_OF_DOCUMENT_TOKEN_TO_BE_REPLACED 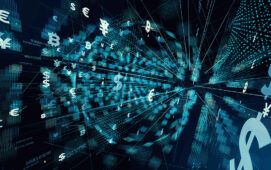