Although long trailing its rival Bloomberg in the fixed income arena, Reuters is aiming to utilise its acquisitions – namely EJV and Telerate – to bolster its content offerings. Backed by significant investment, Reuters has been developing enhancements to its fixed income evaluations service resulting in the introduction of higher frequency in evaluated pricing updates, an expansion in coverage, and broader distribution of the data across Reuters’ product line.

Along with other players such as FT Interactive Data and Standard & Poor’s, Reuters believes there is significant opportunity in Europe as acceptance of evaluated pricing as a means to value hard-to-price securities increases, traditionally more accepted in the U.S. Gary Barr, product business owner for Reuters Datascope, says “This is primarily being driven by the tightening regulatory requirements within Europe, but is also due to the increased interest in exotic instruments, which are hard to value.”

Says Barr, “In the U.S., portfolios need to be valued once a day at the U.S. close. Comparatively, in Europe portfolios are valued every two hours at 10am, 12pm, 2pm and 4pm.”

Barr says that while you can get ‘blackbox’ pricing – essentially automated pricing based on models – these are not as good as hand-priced evaluations researched by a knowledgeable team. That said, Reuters is also now putting out blackbox pricing updated every 10 minutes, which will reflect changes to relevant underlying benchmarks, methodology, or terms and conditions, such as changes in credit ratings or redemption changes.

“We are increasing transparency in the market for hard-to-price fixed income securities. This is in response to the increased demand we’re seeing from fund management companies, hedge funds and fund administrators,” says Barr.

As well as adding further updates for European securities, Reuters is also planning to introduce evaluated pricing for US securities within the European time zone at 12pm (essentially a market opening price), 2pm and 4pm. “This will improve on current reliance on blackbox pricing or waiting until later for pricing on U.S. securities.”

Further plans will see pricing cycles increased and 14 additional currencies (such as Scandinavian, Russian and Turkish currencies) will be added covering around 40,000 bonds. This will be followed by yen currencies covering around 40,000 bonds. “We expect our coverage to increase to around 100,000 by the end of the year, and 200,000 daily pricings over the next six to nine months” says Barr.

Regarding Asia, Barr says there are plans for the third quarter of 2006 to expand coverage of Asian securities for its European and U.S. clients. This will include a market close price at 5pm in Tokyo, and expansion into other North Pacific markets such as Taiwan, he says.

The additional evaluated prices are being offered as a premium service “in reflection of the value that the data provides for customers, as well as the additional work required on our part to price the securities,” says Barr.

The exact pricing schedule will be firmed up next year, but will for all but the largest consumers, be on a per-security basis. The more exotic and harder the price the security is, the higher the cost will be. For example if a fund wants to price
100 instruments, 20 of them might be high-yield and cost more per security compared with the remaining 80 that might be government bonds and easier to price. Says Barr, “This means clients will only be paying
for the data they need rather than having to purchase a bundled package.”

The evaluated pricing is available on Reuters’ flagship reference data product Datascope, but also expanded for use via its Data Feeds and desktop product 3000Xtra. This is in line with Reuters’ aim to provide consistent front- to back-office data services. Barr says, “This access means that a terminal user can make an investment decision based on the same prices that are used in the mid- and back-office, which promotes consistency and transparency.”

All three products are being fed from the EJV database. Prices for non-structured products from the former EJV service have over the
past six months been added to 3000Xtra, delivered over Reuters’ Integrated Data Network (IDN). Now that this transformation has been made, Reuters can now act on its expansion plans for these data services.

Reuters will now be focused on a campaign to raise awareness in the market of the fixed income evaluated data being available on the terminal and feed products.
Underscoring Reuters’ ambition in this space, Barr says, “We’re serious about growing here and are spending millions in commitment to this space. We are aiming to be the premier supplier in this space.”

END_OF_DOCUMENT_TOKEN_TO_BE_REPLACED 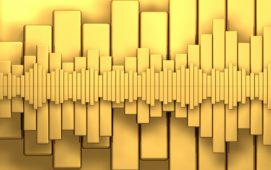