The Regulatory Oversight Committee (ROC) of the global legal entity identifier (LEI) initiative has made its second report on development of the LEI system, detailing progress in each of the three tiers that make up the system and noting ongoing plans for pre-Local Operating Units (LOUs) and pre-LEIs. The report does not address the burning issue of hierarchical reference data that will ultimately be required for each legal entity.

The report is the first to be published on a web page dedicated to the ROC rather than on the website of the Financial Stability Board, which handed over responsibility for the LEI system to the ROC in January, and adds detail to the LEI ahead of an A-Team webinar, Practical Applications of the Global LEI – Client On-Boarding and Beyond, taking place today, Tuesday April 23.

The ROC reports that work at the top level of the system, creation of the ROC, is largely complete. The ROC currently includes 50 members and 19 observers from around the world and has established an Executive Committee and the Committee on Evaluation and Standards as outlined in the ROC charter. It has also created two working groups, one focussing on funding issues, the other on the appointment of a board of directors for the Global LEI Foundation.

The Global LEI Foundation will govern the second tier of the LEI system, the Central Operating Unit (COU). The ROC agreed at its first meeting in January 2013 that the foundation should be established in Switzerland and counsel has now been hired to draft the statutes to register the foundation with Swiss authorities and obtain tax-exempt rulings. Final criteria for selection of the board will be completed soon by an ROC working group and the nomination process for the foundation’s first board will then start.

The third tier of the system covers LOUs that will assign LEIs. So far, seven pre-LOUs have been authorised by the ROC – in the US, Germany, Ireland, Turkey, Palestine, Russia and France – with DTCC acting as a pre-LOU in the US and assigning pre-LEIs, in this case CFTC Interim Compliant Identifiers or CICIs on behalf of the Commodity Futures Trading Commission. In Germany, WM Datenservice is issuing pre-LEI German Entity Identifiers on behalf of the German regulator Bundesanstalt für Finanzdienstleistungsaufsicht.

The ROC reports that it is working on the design of processes to integrate LOUs with the COU, drawing on advice from the Private Sector Preparatory Group (PSPG). It is also developing a procedure that will give pre-LEIs global recognition and transition them into the global LEI system. Details of this procedure will be disclosed shortly.

END_OF_DOCUMENT_TOKEN_TO_BE_REPLACED 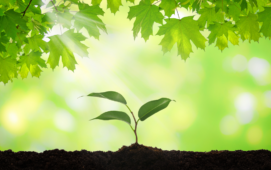