Not only is the regulatory community asking firms to get their data management systems in order, it is also seeking greater coordination between its own constituents, explains Selwyn Blair-Ford, head of global regulatory policy at solution vendor FRSGlobal. A lot of the recent work that has gone into structuring the new EU regulatory framework has been focused on getting the data sharing foundations right.

There are a barrage of new data requirements heading the industry’s way, from the client categorisation and identification challenges identified during the MiFID review to the UK Financial Services Authority’s Single Customer View (SCV) regime. However, national regulators are also being called upon to improve their data management and sharing practices in order to be able to provide the correct information to the new pan-European regulatory bodies and the Office of Financial Research in the US.

Blair-Ford explains that the pan-European bodies such as the European Systemic Risk Board (ESRB) will not require firms to report to them directly (apart from in “extreme or unusual cases”), but will instead ask national regulators to provide this data in a suitable format. Although the new regime will not hand as much power to these new bodies as was once feared by national regulators (the FSA included), it will “impose a new level of uniformity among regulators regarding data,” says Blair-Ford. This data standardisation is therefore likely to filter down the system to firms’ own reporting practices in time.

The 7 July EU resolution on cross border crisis management also throws the spotlight on data sharing practices, he says. The focus is on ending the concept of a firm being too big to fail and allowing for much more regulatory cooperation in a cross border environment. The International Monetary Fund (IMF) has examined the supervisory angle across geographic borders and identified some of the barriers to the sharing of information in the current market.

“Now there is a need for actual procedural mechanisms to be put into place to allow for these barriers to be removed,” says Blair-Ford. To this end, the Committee of European Banking Supervisors (CEBS) has drawn up a number of common data templates on which national regulators should base their own reporting requirements for firms under their jurisdiction, all done as part of its amendment to COREP.

In the US, the Dodd-Frank Act has established the Financial Stability Oversight Council, which is essentially parallel to Europe’s ESRB and will involve a similar level of risk data sharing amongst the country’s numerous regulators. The act has also added a whole host of new data requirements into the regulatory mix, ranging from requiring much more information from firms about securitised assets to asking credit ratings agencies to provide both quantitative and qualitative data and historic rating performance data to the Securities and Exchange Commission (SEC).

On a global scale, Basel III is also on the horizon with its redefinition of regulatory capital, which is in line with Dodd-Frank Act. As Blair-Ford notes, counterparty credit risk will be determined using stressed inputs and will be subject to a new level of risk weighting for certain assets, thus adding to the data gathering exercise.

For its part, FRSGlobal has been pitching its Datamart solution as a source of clean and validated data acquired from firms’ multiple internal source systems. The solution purports to structure this data into a suitable format for regulatory reporting and risk management purposes, such as stress testing for external and internal management information system (MIS) reports. The vendor also highlights its dashboard capabilities to be able to provide this data at a glance to users, which it added in July this year.

END_OF_DOCUMENT_TOKEN_TO_BE_REPLACED 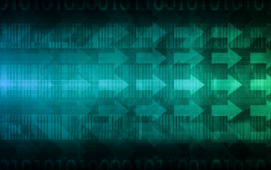