Quandl, a Toronto based data provider, is pushing into the provision of alternative datasets that can be used by banks and hedge funds to make better trading decisions. The company works with partners to gather alternative data and sells it at a relatively high price to a limited number of firms.

The company started a major push into alternative data last year on the basis of second round funding of $12 million from Silicon Valley venture capital company Nexus Ventures. Co-founder and CEO of Quandl, Tammer Kamel, says: “We are well positioned to bridge the gap between entities that want alternative data and those that have it. Alternative data tends to sit in organisations far away from Wall Street that don’t understand the data industry.”

Quandl provides alternative data by partnering companies, anonymising their data, packaging it and loading it onto the Quandl platform for delivery to limited numbers of platform participants. The company has eight partners, more in the making and a mission to work with 80, providing their data is good and can be provided on a consistent base.

A couple of examples of alternative data offered by Quandl come from technology and construction consultancy partners. The technology partner provides email productivity software and has three million customers. A by-product of the software is the ability to look into customer emails. Through the partnership, Quandl gets access to an anonymised proprietary email database that allows users to monitor spending patterns.

Kamel explains: “Data scientists can see how a company is doing based on the analysis of the emails. This provides alternative information for our customers that shows, by way of example, how much consumers are buying from Amazon or eBay. This information can be used for investment and trading decisions.”

Quandl’s construction consultancy partner has a mechanism to gather building permits across the US. Again, the data is anonymised and a user can see the level of construction in different areas and infer how specific construction companies are doing. From a trading perspective, the alternative data provides an additional signal in trading models and provides a stronger and more reliable solution on which to base decisions.

Kamel comments: “This is very valuable data sold at a relatively high price to investment firms. We make the data available to existing customers first and usually sell alternative datasets to just 10 to 20 customers. We don’t sell it hundreds of times as it loses potency and doesn’t give anyone advantage.”

Quandl sells alternative datasets on annual subscriptions that can run from $50,000 to $400,000 for one dataset that is continually updated throughout the year, and uses a revenue sharing model with its data product partners. The company acknowledges that some investment managers have teams creating alternative datasets, but says in-house data hunting is expensive and that as a third-party specialist Quandl can offer a more cost effective service.

Kamel says: “Our customers are sophisticated and large investment organisations that invest in different sectors and regions and want insight into alternative datasets. Data managers talk to us about bringing new and powerful data to internal stakeholders and traders use the data to improve trading outcomes.”

The company’s data partners are in the US, but Quandl is interested in extending alternative data gathering to Europe and Asia where it suggests there will be more opportunities than in the US, which leads the way in alternative data production and consumption. It also notes increasing competition in the market, with companies such as 7Park Data in New York offering alternative data. Bloomberg and Thomson Reuters are also clued in and looking at provision, although Kamel expects they will find it difficult to be as dynamic and fast as smaller providers.

Quandl was set up in 2011 by co-founders Kamel and Abraham Thomas, chief data officer. With seed investment of about $2.5 million and first round funding of $5.5 million from Silicon Valley venture capital company August Capital, Quandl initially challenged the model of coupling data to hardware and software in desktop terminals provided by large incumbents, and instead developed a data platform for quantitative analysts that offers financial and economic data from hundreds of sources and uses a proprietary application programming interface (API) to distribute data natively to tools including R, Python and Excel. To date, over 100,000 analysts are using the platform to access tens of millions of datasets.

Kamel explains: “Abraham and I were formerly hedge fund quants familiar with data and its pain points. Quandl was born out of frustration with data delivery in the industry and provides a data marketplace of core data from data publishers that sell their data to financial professionals on the Quandl platform.” Data publishers already on the platform include Zacks Investment Research, NASDAQ OMX and Trading Economics.

While commission from sales of this data has been the company’s bread and butter since start-up, Kamel expects alternative data to be the company’s biggest growth area in the next few years.

END_OF_DOCUMENT_TOKEN_TO_BE_REPLACED 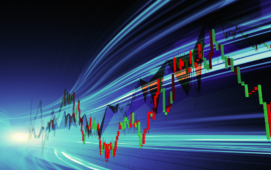