By Chris Pickles, head of marketing for Financial Markets & Wholesale Banking at BT

The story begins with passengers (the public) on a plane with all the aircrew (the investment firms) telling them how smooth and level the flight is going to be, just as it has always been. That was back in 2005. And then, one by one, the events start to happen. Two major US exchanges move into Europe and buy up major European exchanges, Markit opens up as a data distributor in competition to exchanges and data vendors with BOAT, new multilateral trading facilities (MTFs) open and start to become successful.

Then the plane runs into a vast air pocket (the economic crash) and the aircraft falls thousands of feet vertically, missing the waves below by inches and crash lands in the jungle. The normal order of markets falls apart, with banks getting bought up by governments and regulators being closed and restructured. Politicians recognise that all is not as the public thinks that it should be – and slowly and surely they draw their plans (quote: HG Wells).

Dramatic, perhaps, though the movie wouldn’t be a box office success. Instead, this was and is real life.

As a result of the introduction both of market regulations like MiFID and of the economic crash, market participants are starting to understand better what works well and what doesn’t work well in financial markets. Some of the key factors that they have found include:

– investment firms and their clients are not uniquely identifiable today, increasing the difficulty and cost for regulators to monitor financial markets and the activities of market participants;

– though international industry data standards exist for many of the requirements, the level of adoption of these standards by investment firms, by national infrastructures and by market regulators has been very low;

– some existing international data standards do not meet the current market needs and need enhancing or replacement in order to meet those needs; and

– in a single market, multi-jurisdiction and multi-regulator environment like the EU, it is considered important that a national regulator can monitor not only the domestic but also the international activities of market participants.

Several types of ‘data hubs’ are being evaluated, proposed and discussed at the moment. These include:

– central securities database: a repository for all reference data about all financial instruments;

– consolidated tape: access for everyone to real-time post-trade information about all EU listed equities; and

– trade data repositories: multiple repositories about all data relating to trades that have occurred, in particular related to OTC derivatives trading.

However, each of these different hubs is intended to meet a different requirement, and there are not new proposals for meeting all market requirements. For example, there are no new proposals regarding pre-trade market transparency (the consolidate tape proposal is only about post-trade data) or transparency beyond equities (the consolidated tape proposal does not address any other asset classes). Sell side firms today see a clear differentiation between the accessibility of pre-trade and post-trade equity data, and that, while a level playing field may be created for post-trade equity data, access to pre-trade data is still seen as a competitive issue. This means that if a firm can pay to get faster access to pre-trade data than its competitors, this should be considered as a normal and acceptable commercial practice.

Having a broader governance structure for the delivery of repository and data services by industry infrastructures will also greatly impact their effectiveness and acceptability to the market. As an example, the US consolidated tape system was created in a very different environment from that which exists today across financial markets in the USA and in other countries and regions. The US consolidated tape system was created by US exchanges and has been governed by US exchanges, which themselves have often changed from being member owned mutual organisations to being for-profit, exchange listed service vendors.

Other organisations such as electronic communication networks (ECNs), banks, brokers, investment managers and data vendors were not included in the governance process. Regulators have more recently begun to play a role in the governance process, for example around data pricing. The USA is also a single regulatory jurisdiction, unlike the EEA, which requires a consolidated tape solution to address the needs of 30 different national jurisdictions and markets.

Central repositories and sources of data can be of great benefit to all market participants, as long as these repositories can be accessed easily and cost effectively by all market participants. Opening up access to all of these repositories is a key issue, and networks play a fundamental and critical role in opening up this access. Just as the public internet has played a fundamental role in making more information available to more people around the world, opening up network access to data repositories is critical to cost efficient markets in Europe and internationally.

So far the network considerations have received little attention, and yet the consequences of this can be dramatic. In the case of a consolidated tape system, for example, issues such as comparative latency and comparative speed of access to data across the whole of Europe need to be a fundamental part of how a solution is conceived. In the case of trade data repositories, these today can have restrictions as to which network is allowed to provide access and in which geographies access can be provided cost effectively.

Network related issues such as these can decide if data is practically accessible to market participants at all; if data is available cost effectively or at a multiple of normal commercial, costs; and if data is available at the same time to all market participants across Europe or whether some countries and market participants are disadvantaged. A fundamental element of efficient IT solution design is the OSI 7-layer model, in which the network is the Layer One foundation on which the other six layers are built. As with building anything, the effectiveness and success of data repositories and a consolidated tape system are dependent on their foundations.

END_OF_DOCUMENT_TOKEN_TO_BE_REPLACED 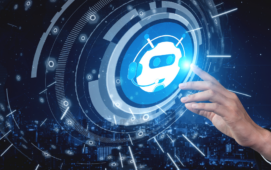