At the end of June, work will kick off between National Numbering Agencies (NNAs) including Telekurs, the London Stock Exchange and WM Datenservice to test the interoperability of international business entity identifier (IBEI) files. Though work has not been completed on the ISO standard IBEI, some NNAs are issuing their “own” IBEIs, to meet the industry requirement for a unique business entity identifier to support transaction reporting under MiFID.

It is understood that discussions are also under way between the NNAs about how best to meet the requirement for IBEIs in jurisdictions where they are not currently being issued.

The news that the NNAs are collaborating on interoperability should be welcomed by those industry participants who have expressed concern that, in the absence of an industry agreed standard IBEI, disparate solutions would grow up in different markets, contrary to the spirit of harmonisation espoused by MiFID and more importantly contrary to the goal of standardisation and operational efficiency. The other major concern expressed by practitioners is around the potential cost implications of being forced to use codes issued by multiple bodies (Reference Data Review, January 2007).

Currently, it is understood that interoperability between IBEIs and Swift’s BICs is not included within the NNAs discussions. The Committee of European Securities Regulators (CESR) has proposed the BIC as the standard for entity identification for transaction reporting between its members under MiFID. Swift says it is working to extend BIC coverage accordingly, and to “clean up” its BIC database to eliminate duplications, as well as on a programme to issue BIC-type codes for funds (Reference Data Review, March 2007). But scepticism remains about whether Swift can achieve the coverage in time, and indeed about the suitability of the BIC itself as an entity identifier.

Industry feedback to CESR’s published line-up for standard reference data codes for use in transaction reporting suggested the NNAs’ efforts on IBEIs were welcome (Reference Data Review, March 2007). Echoing concerns about interoperability though, some respondents requested that CESR communicate with ANNA – the Association of National Numbering Associations – to ensure the individual NNA efforts were effectively co-ordinated.

As far as CESR’s views are discernible from the feedback document it published along with its recently released Level 3 MiFID guidelines – relating to a separate but related consultation on transaction reporting more broadly – it seems the Committee is favouring a hands-off approach.

In the document, CESR acknowledges a number of requests from respondents, including “a consolidated list of instruments which are admitted to trading and which are subject to the transaction reporting requirement” and “a more harmonised approach in relation to the use of client IDs”. It also says reservations were expressed “on the suitability of the MiFID transaction reporting regime in relation to commodity derivatives markets and, more specifically, on the requirement to use ISIN codes for these instruments”.

CESR has no current plans to publish the list of instruments. “Regulated markets already have business relationships with a number of information vendors and other distributors of information that allow the markets to gain access to up to date information on instruments,” it says. “CESR understands that similar channels are already emerging to facilitate the identification of instruments admitted to trading. CESR therefore sees no need to try to interfere in and to duplicate the efforts of the private sector.”
The use of client IDs is a “national option”, CESR continues “and at least in the short term there is no CESR work going on”.

END_OF_DOCUMENT_TOKEN_TO_BE_REPLACED 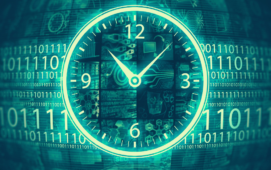