Bank of New York-owned Netik has carried out two implementations of a pre-packaged set of programs, metadata and pre-configured enquiries/reports organized into role-based “Explorers”, that sits on top of its InterView data warehouse and enables the system to be installed at investment management firms in around three months instead of the usual six to nine. The Netik Asset Manager solution has been implemented by the asset management arm of an insurance company in South Africa and an alternative investment company in New York. The latter installation took just five weeks, according to Netik CEO John Wise.

Netik decided to create the shrink-wrapped solution after observing the similar ways in which it was configuring InterView within its investment management clients’ operations, Wise says. Netik Asset Manager’s components have been “thoroughly tested”, he insists, because “we have incorporated into the system all the metadata collected as we have been implementing InterView with 20 plus customers during the past two years”. Netik has created similar shrink-wrapped solutions to ease the implementation of InterView by prime brokers and fund administrators.
Netik Asset Manager comprises off-the-shelf adapters for various systems such as ThinkFolio, Portia, Barra Risk, StatPro and Bloomberg, Wise says. “These are all plug and play adapters, and around that we have put in place all the workflows,” he adds. “When you buy Netik Asset Manager you also buy Netik InterView as well, and that contains a toolkit environment that enables integration to any other systems an investment manager might have, for which we don’t currently have
off-the-shelf adapters,” Wise concludes.

END_OF_DOCUMENT_TOKEN_TO_BE_REPLACED 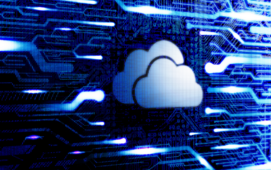 Following the release of Databricks’ Lakehouse for Financial Services, Data Management Insight caught up with Junta Nakai, financial services global industry lead, to discuss the details of the open source, multi-cloud platform that includes use-case accelerators, real-time analytics, and AI, and is designed to help financial institutions modernise and innovate their approach to data. The...