The tie-up of Nasdaq OMX and Thesys Technologies to deliver an algorithm testing facility is expected to endure beyond initial plans to offer algo testing for US equities trading and take testing into other asset classes over time. It is also expected to help trading firms get ahead of any regulatory mandates that may set down rules around algo testing.

The so-called Algo Test Facility is powered by Thesys’ high performance trading platform and is located at the Nasdaq OMX data centre in Carteret, New Jersey, allowing exchange group customers to use existing trading infrastructure for algo testing. The facility will initially provide simulations of the Nasdaq stock market, with Nasdaq OMX and Thesys planning to build out the solution to support all major US equities exchanges and, perhaps in the longer term, trading in other asset classes and trading in additional geographies. The facility is due to go live in the first quarter of 2014, offering exchange customers the ability to simulate automated trading strategies against real-world scenarios with a view to managing risk exposure and capital expenditure.

Manoj Narang, CEO of Tradeworx, an affiliate of Thesys, explains: “The technology mirrors the set up of a production trading environment. The user cross-connects to the virtual market instead of the live market and can then process information and generate orders or cancellations as normal. Those messages are then accepted and interspersed with the already extant order flow of the market and the two are processed together by our virtual market, which maintains the order books of each separate exchange. This allows users to account faithfully for their time priority, based on the actual latency of their systems.”

Considering the types of data and reporting elements that will emanate from the Algo Test Facility, Narang adds: “There are various examples of statistics that will be produced, including how much a certain improvement in latency would affect an algo strategy’s profitability, time priority and fill rates; how much unrealised risk the strategy assumed throughout the trading day due to all open orders; and the average order lifespan of the strategy and the rate at which orders were cancelled.”

The companies point out that the Algo Test Facility goes beyond back-testing systems, allowing traders to test all aspects of strategy from the quality of quote processing to order handling and the interaction of the trading algo with the market microstructure. The simulation provides an accurate view of adverse selection, time priority, fills versus misses, latency and bursting.

Stacie Swanstrom, head of Nasdaq OMX Access Services, says: “The purpose of the Algo Test Facility is for firms to check that algos make sense from an economic and risk management perspective. How the solution will be used depends on the sophistication of potential users. For small and medium-sized firms with little or no algo testing capability, the service provides affordable testing. Large firms with algo testing capability may want to use the facility to conduct a final check on an algo or to further optimise an algo and take the trading strategy to the next level. The time needed for testing an algo depends on how many simulations a user runs before putting an algo into play or developing it further.”

Swanstrom reports significant interest in the testing solution from customer types ranging from hedge fund firms to mid-sized firms and large banks, and this interest is likely to grow after the facility goes live at the Nasdaq stock market early next year and is then rolled out across other US equity exchanges pretty promptly.

Beyond these markets, Swanstrom suggests Nasdaq OMX and Thesys, which have worked together to support customers for some years but have never before struck a commercial relationship, are considering developing algo testing for other asset class trading and may extend the facility into other geographic markets.

From a regulatory perspective, she explains: “There is a lot of uncertainty around the implications of regulatory mandates such as Reg SCI [Regulation Systems Compliance and Integrity]. We aim to get the industry ahead of regulatory requirements with firms proactively conducting testing of their own accord. The Algo Test Facility provides reports covering many criteria, allowing users to discover, for example, how algos are performing and whether their economics are good for strategy and trading. These reports could also be used for regulatory compliance if a mandate is made.”

END_OF_DOCUMENT_TOKEN_TO_BE_REPLACED 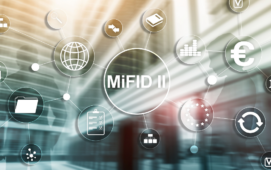