Unsurprisingly, there has been little news from Interactive Data on how its ‘strategic review’ is progressing. As you’ll recall, the company took everyone by surprise – including its staff – with the announcement that it’s exploring options as its current owner, Pearson, looks at focusing on its core business, which increasingly seems to be not financial.

The strategic review even received cursory treatment in Interactive Data’s annual results announcement, and executives there seem to be as in the dark as we are. That said, our grapevine suggests that things are indeed progressing.

Details are scant, but it appears that there remains only one remaining potential trade buyer in the running: McGraw-Hill. It seems that other trade suitors, like Thomson Reuters, Markit Group and even Bloomberg, may have kicked the tyres but ruled themselves out of the bidding, most probably because the antitrust hurdle would be simply too high.

There would be a delicious irony about a McGraw-Hill transaction, of course. That would involve a return of its old Comstock business, which now finds itself part of the new Interactive Data Real-Time Market Data & Trading Solutions group. That would be intriguing.

But McGraw-Hill isn’t the only interested party in discussions with Pearson, it transpires. Four private equity groups are believed to be in talks about a possible buyout.

We should learn more in the coming weeks.

END_OF_DOCUMENT_TOKEN_TO_BE_REPLACED 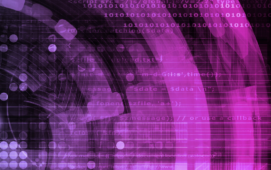 With Intelligence Extends Data Offerings with Acquisition of CAMRADATA

With Intelligence, the investment intelligence data provider, has acquired CAMRADATA, the London-based data and analysis service for institutional investors, from Punter Southall for an undisclosed sum. “Our mission is to help investment managers raise assets and allocate better, and we do that by giving them the data they need,” says Charlie Kerr, CEO of With...