Uncertainty around the compliance deadline for EU regulation Packaged Retail Investment and Insurance Products (PRIIPs) was underlined this week when the European Parliament voted against the Level 2 Regulatory Technical Standards (RTS) supplementing the regulation. PRIIPS is due to take effect on 31 December 2016, but this second vote objecting to the RTS brings the deadline into doubt. The Economic and Monetary Affairs (ECON) Committee of the European Parliament rejected the RTS earlier this month.

In the wake of the European Parliament vote, the Parliament has called on the European Commission to consider postponing the application date of the Level 1 regulation so it doesn’t enter into force without the RTS.

What the Commission will do next is not yet clear. It could adopt new RTS taking into account the objections of the Parliament and take these to a further parliamentary vote next month. Alternatively, it could propose to postpone the level 1 regulation, or it could do nothing. The latter is unlikely, but would lead to no change to the 31 December 2016 deadline as the European Parliament alone cannot initiate a formal delay of the regulation or force the Commission to postpone the date.

Despite the ongoing uncertainty, providers of PRIIPs solutions continue to encourage firms within the regulation’s scope to press on with compliance programmes. Philip Lynch, head of markets, products and strategy at SIX Financial Information, says: “Our message to industry is clear: don’t delay in preparing for PRIIPs. While the parliamentary vote may shed doubt on the implementation timetable, the decision does not change the significant demands that PRIIPs puts on the industry. Even in the event of a delay, compliance pressure is in no way reduced by the vote, particularly because preparing for the arrival of MiFID II already gives firms a full workload during 2017.”

END_OF_DOCUMENT_TOKEN_TO_BE_REPLACED 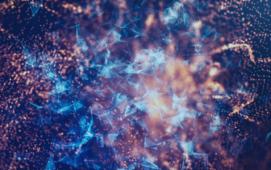