Small asset management firms are bearing the brunt of MiFID II unbundling as they struggle to cope with substantial new research costs resulting from the regulation’s demand that firms pay for analyst research separately from trade commissions. With fewer resources with which to both buy research and implement regulatory compliance, a recent survey reveals, 82% of firms believe unbundling will have a more negative impact on smaller asset managers.

Jeremy Davies, Co-Founder of RSRCHXchange, the online marketplace for research that sponsored the survey, says that the key challenge for smaller firms is “that research prices have now moved from a variable to a fixed cost. They are no longer part of a negotiable bundled commission.” As a result, they require more resources and careful budgeting to manage. While larger firms can afford to employ teams of up to 50 staff to manage payment process compliance, smaller asset managers will struggle to do the same.

The survey, carried out by polling company Survation, canvassed the views of 418 respondents from over 30 countries, representing over 350 firms with over $30 trillion of assets under management (AUM) in aggregate. The poll found that 43% of analysts and fund managers feel negatively impacted by reduced access to research, and 63% reported having fewer meetings with sell-side research analysts.

Furthermore, 82% of small asset managers and small cap companies believe unbundling will result in reduced coverage for small and midcap stocks. The survey saw a marked disparity between the responses of small and of large asset managers. A full 45% of respondents from the smallest asset management companies felt worse off, which was much more so than the largest firms.

Davies believes the RSRCHXchange marketplace will help small asset managers adapt to this new research landscape: “Smaller firms have no choice but to optimise their research strategy. RSRCHXchange has over 1,200 buy-side firms on its user base, and at least 1,000 of these have less than a billion [dollars] in AUM. There’s a reason so many smaller managers are drawn to our platform, as it is an efficient way to approach the payment process that circumvents lengthy negotiation and legal fees by buying individual pieces of research whose costs are very apparent”.

Throughout Europe, research unbundling remains largely unpopular among brokers and managers, although there is a consensus that it is positive for end investors. Almost 80% of respondents within Europe thought unbundling was bad for brokers where as 53% felt it was a good thing for investors.

The US, as Davies says, is “the elephant in the room” when it comes to the spread of unbundling. In October 2017, the Securities and Exchange Commission (SEC) granted a 30-month “no-action relief” to banks and brokers that allowed them temporary license to provide research to European clients in compliance with MiFID II regulations without having to register as “investment advisers.” As the US buy-side dominates the research field, this was as much a relief for European asset managers as it was for their American counterparts.

Although there is still uncertainty around what will happen after nearly three years of the ‘relief’, Davies believes that there is an “acceptance that unbundling is happening in America, and the pace of its spread to the US will be determined by how SEC’s ‘no-action relief’ is resolved. The SEC’s decision was an emergency measure, taken at the 11th hour, and many people are working very hard to ensure that we don’t get to that state of desperation again, and that the changes to the research landscape are introduced smoothly”. In Asia, he doesn’t expect any similar hiccups to proliferation.

END_OF_DOCUMENT_TOKEN_TO_BE_REPLACED 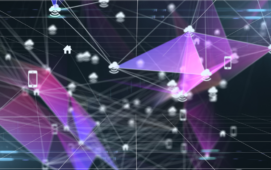