Peter Durkan, CEO at Lucera, says the company chose to work with BSO because it has not only a strong US network footprint, but also a reputation for delivering high quality managed services support. BSO’s ability to get network circuits in place promptly was also key to the decision as it translates into improved trading performance for FX clients.

Fraser Bell, chief revenue officer at BSO, explains that the combination of BSO’s FX triangle and Lucera’s global SDN will allow rapid provisioning of connectivity to traders and quick and cost-effective connection to major currency hubs.

Lucera’s adoption of the Chicago to New York to London to Tokyo route endorses BSO’s position as an FX connectivity provider across established markets and emerging markets, where earlier this year it expanded its FX trading circuit across Asia.

END_OF_DOCUMENT_TOKEN_TO_BE_REPLACED 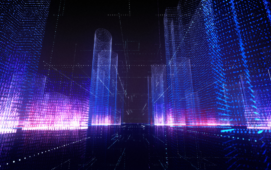