The summer months are usually pretty quiet in the world of low-latency trading, and that’s generally true this year, except in the world of connectivity. We’ve been reporting a bit on various wireless initiatives – and there’s more to come – but there’s also been a fair amount of action in the traditional wide area networking space.

– ADVA Optical Networking has supplied its FSP 3000 fibre switch to NYSE Euronext, to extend the latter’s Secure Financial Transaction Infrastructure (SFTI) network.  The press release doesn’t say so, but we understand the extension is to the DuPont Fabros Technology data centre in Piscataway, NJ. NYSE had previously deployed optical switches from rival Ciena.

– Meanwhile, NYSE is extending SFTI to the newish Equinix NY5 data centre in Secaucus, NJ.  Equinix says that SFTI is now connected into six of its data centres worldwide – NY1 and NY5 in Secaucus, Chicago, Singapore, Frankfurt, and London.

– Sidera Networks has completed a comprehensive upgrade of its New York/New Jersey network, lowering latency on 11 routes. This includes direct connectivity into the NYSE’s Mahwah data centre, into Nasdaq OMX, and into and Direct Edge.

– Colt has gone live with its London to Dublin route, offering a 4.267 millisecond roundtrip. Colt is tapping cable from Sea Fibre Networks and CeltixConnect, and optical switches from Infinera.

END_OF_DOCUMENT_TOKEN_TO_BE_REPLACED 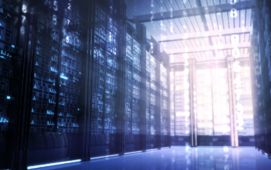