Swift is gearing Swift is gearing up for the live launch of its ISO 20022-based proxy voting messages on the network. This follows a pilot of the new messages, which replace earlier ISO 15022-based messages and market practice for proxy voting (Reference Data Review, November 2006). Based on feedback from the pilot, Swift’s standards group has refined the messages, ensuring the live versions are “thoroughly proven”, according to Linda Bookheim, senior manager at Swift.

On September 19 Swift will release an early version of the CD containing the messages, with a draft solution document, Bookheim says. “This will be the final version of the standard, but the solution documents won’t be finalised. The standards will be downloadable from the Swift web site, and the final service document will be published October 29.”

In order to help the community to get ready to use the proxy voting messages, Swift will also be providing an integration test bed – effectively a testing environment for both vendors and users, she continues. “This will be available from November 19, so they can test outside the production system. On December 15 the live environment will be up and ready on Swift.” Among the first to go live will be some of the pilot participants, she says, including proxy agents Broadridge, ISS and Manifest.

Rolling out the service is somewhat complicated by the fact that proxy voting has a “high season”, in the spring, Bookheim reckons. “During the high season, most firms don’t want to have to do any development. The goal is to get people engaged this fall to make a commitment, with a view to going live by the end of 2008. We expect a real uptick at the end of next year. There will be some traffic before that as users take up the message slowly and test, but the main uptake will be for the 2009 season.”

Once the ball starts rolling, Swift has high hopes for the take-up of its proxy voting solution, for a number of reasons according to Bookheim. “One is that the EU Shareholder Rights Directive requires a certain amount of efficiency and auditing. Automating will fulfil some of those requirements, ensuring cross-border rights are audited. Another is the move to the Euroclear single platform and Common Communication Interface. As part of that migration Euroclear is also adopting the ISO 20022 standards for proxy voting and will be engaging its user base to start using them as well. That will migrate in 2010, having been open for usage since June 2009. So any of the Euroclear user community that overlaps with Swift will have the benefit of doing the development for more than one reason.”

END_OF_DOCUMENT_TOKEN_TO_BE_REPLACED 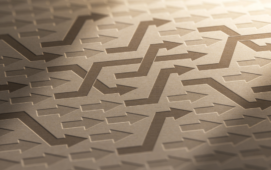