Latency – and keeping it low – remains a concern for the financial markets. We at A-Team know, because our latest poll at low-latency.com found that 80% of respondents reckoned it will be more of a concern in the future. With all this algo and high frequency trading going on, events in the world would seem to back up what people told us. That said, 15% said that latency would be less of a concern in the future. Perhaps those people are from the old guard exchanges, like London and NYSE, who have latency improvement plans in place.

Our new poll (see the poll section on the middle right of the new low-latency.com home page) is about the subject of inter-party latency: “How important is measuring inter-party latency to your firm?” we ask. Judging by the interest in a new standards initiative focused on it, I would expect the poll to declare that it is very important.

Just to recap: Inter-party latency is about measuring the latency that occurs between trading partners – for example, between a sell-side firm and an exchange. Assuming the numbers are good, those parties want to publish this information – it makes an exchange look good to show how fast they are matching orders, and makes a sell-side firm likewise when it can demonstrate that its DMA architecture is the best. And of course, the customers of those participants want to know the results, good or bad.

Latency monitoring firms like Corvil, Correlix and TS-Associates have offerings in this space, and most would suggest that Corvil is in a leading position, at least on paper, since its appliances are deployed widely at name-brand participants, like Credit Suisse, Morgan Stanley, BT, Thomson Reuters, Fixnetix, the CME Group and Deutsche Borse.

Now, inherent is making inter-party latency work is that the monitoring appliances at both ends (e.g. the sell-side firm and the exchange) need to be able to communicate and understand one another. Which is fine if both ends have Corvil, or Correlix, or TS-A. But what if both have different vendor appliances? Right now, that’s a show stopper. But does it have to be this way?

Clearly, the members of the FIX Protocol Organization Inter-Party Latency (FIPL) Working Group think not. This new group – it was formed only in December – already has 145 members, which makes it one of the largest. All of the latency monitoring vendors are members, as well as a good few trading firms, and vendors of trading applications.

The working group has already had one telephone meeting, and early tasks are to define some standard terminology and create a flow-chart of the trade life-cycle, so that all the members are speaking the same language – in the hopes that any standard they devise will as well.

So it’s very early days and it’s yet to be seen whether this group will hash out something workable, and how long it will take. And then it will be up for vendors to implement it if they so chose, which may well depend on how much real user pressure there is for it. Maybe the latest poll will provide an indication of that.

END_OF_DOCUMENT_TOKEN_TO_BE_REPLACED 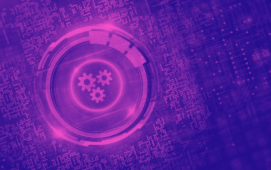 Sumitomo Mitsui Trust Asset Management, one of the largest asset managers in Japan and Asia, with AUM of JPY 87.0667 trillion, has adopted Bloomberg Rule Builder, a multi-asset, rules-based trade automation tool, to enhance the efficiency and productivity of trading services for FX and fixed income trading. The firm will utilise Rule Builder through Bloomberg’s...