The formation of a global legal entity identifier (LEI) system took a large step forward late last week when the first meeting of the Regulatory Oversight Committee (ROC) took place in Toronto, taking over leadership and direction of the LEI initiative from the Financial Stability Board (FSB) and naming its leadership team.

The meeting was hosted by the Ontario Securities Commission last Thursday and Friday, 24 and 25 January, and was attended by 49 public authorities as LEI ROC members and 16 as observers, a handful more participants than those signed up to be part of, or observe, the governance body of the global LEI system at the last count on 10 January 2013.

At the inaugural meeting, the ROC selected Matthew Reed from the US Treasury Department as its first chair. He is joined by vice chairs Jun Mizuguchi of Japan’s Financial Services Agency and Bertrand Couillault of Banque de France. An initial executive committee was also formed with representatives from around the world and the meeting began the process of establishing the Committee of Evaluation and Standards.

Following ongoing investigation by the LEI Implementation Group and LEI Private Sector Preparatory Group (PSPG) into the best location for the LEI foundation that will operate the Central Operating Unit of the global LEI system – an essential operating component along with federated local operating units – the ROC decided to form the LEI foundation in Switzerland and agreed to take forward necessary work to establish its presence.

The ROC also reprieved the LEI PSPG that was due to be wound down when responsibility for the LEI initiative transferred from the FSB. A statement following the ROC meeting welcomes the development work of the close to 300 private sector experts that played a part in the PSPG, and adds: “The ROC . . . looks forward to continue[ing] active coordination with the group to further the development of the global LEI system, including the operational framework, relationship data, intellectual property, data privacy and confidentiality.”

No doubt, the financial services industry will welcome the outcomes of the first ROC meeting and the retention of the PSPG as its work, particularly on relationship data and an operational framework, remains critical to the success of a global LEI system.

END_OF_DOCUMENT_TOKEN_TO_BE_REPLACED 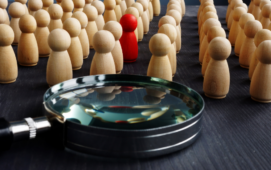