Leading Global Custodian Banks Think Custodians Should Be More Involved In The Settlement And Account Instruction Process, According To New Survey

Despite a heightened focus on risk management and increased levels of automation within custodian banks worldwide, the settlement and account instruction (SI) process still relies heavily on manual processes, introducing risks and costs into the trade lifecycle, according to research by Omgeo, the global standard for post-trade efficiency. The survey, conducted by Omgeo in July 2011, gained insights on global custodians’ challenges and thoughts on the future related to this key reference data component. Respondents included eight of the top 25 global custodians and represented 70 percent of the world’s assets under custody.

Nearly 10% of custodian bank clients’ trades fail or need amending after instructing, according to the research, with 40% of banks mentioning that 30% or more of these were due to settlement instruction issues. Respondents cited manual or missing SI data as the main pain points around settlement instructions, with banks primarily using manual methods such as email, the most common method of sharing SI information with their investment manager clients.

At a time where global regulators seek to reduce risk throughout the trade lifecycle, and when Europe is poised to move to a T+2 settlement cycle, firms will face increased pressure to ensure an efficient, transparent process across the trade lifecycle. The further automation of SI data within custodian banks would introduce greater control in the process and improve the data quality gap, as well as promote compliance with industry standards while reducing the risk of claims and compensation resulting from failed trades. Indeed, the majority of banks surveyed (63%) agreed they should have more involvement in the maintenance and updating of SIs and that this would be positively received by the industry as some firms delve more deeply into middle-office outsourcing.

Mark Bouchea, Executive Director of Product Management, Omgeo, commented, “For 10 years, Omgeo has been focused on bringing increased levels of automation to the post-trade process, including the SI lifecycle. The results of this survey demonstrate an on-going area of opportunity to make the SI process more efficient, while reducing risk within the trade lifecycle. It is great to hear that custodian banks want to take a more active role in this process, as it will benefit the entire community. With increased bank involvement and greater automation, SI accuracy and compliance will only continue to improve.”

END_OF_DOCUMENT_TOKEN_TO_BE_REPLACED 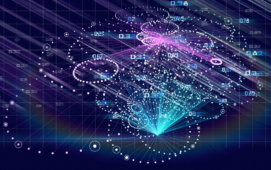