With the majority of financial products trading electronically, latency tops the agenda for proprietary traders and market-makers, regardless of asset class. Latency has also become a major preoccupation for trading desks concerned with best execution compliance. 94% of sell-side firms and 80% of hedge funds currently single out “speed of execution” as the most important factor in achieving best execution. But where does it emerge from and what does it matter ?

Latency is End-to-End. It can be succinctly defined as “the total elapsed time between the event, or signal, triggering a trading decision and the actual completion of that trading action”. Latency manifests itself in the four main steps of the trading flow:

1. The retrieval and propagation of events occurring on the markets or the exchanges.

2. The identification and transmission of the derived trading signals, upon which trading decisions will be based.

3. The decision-making algorithm or the pricing process, depending on the type of instrument traded.

The management and transmission of orders and quotes, which result from either the pricing or trading algorithm until the point of execution.

Only a full-cycle evaluation of latency is meaningful. Therefore, accounting for the end-to-end latency, as well as identifying exactly where it is created, is paramount.

Latency is More than One Number. Averages, medians, means, minima and maxima are useful indicators of latency; however, they hide a significant part of the actual nature of a phenomenon. The following two graphs both exhibit the same average, yet each tells a different story. The most crucial element in accounting for latency is jitter i.e. the distribution of latency when measured repeatedly. Jitter highlights the fluctuations in performance from the mean; the smaller the deviation the more predictable and reliable the performance.

Latency is More than One Number. Business requirements for low latency are not absolute but relative quantities based on the speed of the competition. When carrying out aggressive arbitrage activities firms need to be faster than everyone else in order to be the first to cash in on marketplace price discrepancies. For market-makers the objective is to be quick enough in order to be safe from the same arbitrageurs; and the goal posts keep moving. For agency businesses, on the other hand, it is enough to be at the same speed as everyone else.

Where is Latency Created ?

Latency is a complex consideration. Within modern electronic trading platforms, it is created at every step of the processing chain and has varied sources and orders of magnitude.

Propagation of market data and exchange connectivity are assumed to provide a level playing field for market participants. The infrastructure between the markets, as well as the decision-making and pricing engines in use all matter significantly.

The trading decision is based on market information and translated into an order or quote. Market data travels through several layers to reach the trading/pricing algorithm and is then transmitted to the transaction management platform and back to the markets.

The complete path therefore is broken into three layers:

1. Propagation delay, which is essentially the application of the laws of physics (the limiting factor being the speed of light).

2. Serialisation delay, where computer data is moved from computer memory into a series of 0’s and 1’s suitable for transmission on a wire.

4. The transmission via equipment such as switches, routers and firewalls.

Trading platforms are, by essence, distributed systems, allowing for modularity and scalability. Therefore the vast majority of such platforms are relying on messaging buses and middleware to glue together the various components and provide inter-process communications.

Message oriented middleware in general, and market data distribution in particular, used to be a major source of latency. Over the past five years, however, we have witnessed significant improvements in the technology, offering a wider spectrum of trade-offs between performance and flexibility.

However, one the most important architecture element in the search for the lowest possible latency remains the optimisation of the information flow throughout the various software components on the trading chain. This is where over-engineering and abusive use of message oriented middleware impact the performance of electronic trading platforms.

If the network provides the pipes that carry the trading signals and actions back and forth, the heavy lifting is conducted by applications that:

2. Determine, based on market data, whether or not a trading decision should be triggered.

3. Determine the pricing engine that calculates the value of an instrument should be quoted at.

4. Generate quotes and orders, verify their compliance with pre-trade risk controls, send them to the relevant venues and manage their states and life-cycles.

Algorithmic, pricing and transaction management applications tend to be the greatest source of latency. This is where trading firms should initially concentrate their research and development budget. It is also where the biggest variations appear. When designing an application, financial institutions need to consider the relative value of in-house builds versus off-the-shelf purchases or a combination of both.

In order to evaluate the actual contribution of each of the layers, GreySpark benchmarked the trading performance of over 20 financial institutions across the three main types of products (equities, foreign exchange and bonds) traded electronically. Although the actual numbers vary from one asset class to another, the breakdowns are of similar shape when you evaluate the optimum performance measures, with the network contributing less than a sixth of the end-to-end latency, the middleware around and quarter, and the applications being by far the largest contributors, accounting for between over one half and up to two-thirds of the total elapsed time.

Only when you know who is the offender can you actually exert remedial actions with a real chance of making a difference. Therefore, drop your shovels and cable reels, and go back to your keyboards !

– Frederic will participate in a panel on “Where Latency Matters: Aligning the Best Technology to Trading Strategies” at the Low-Latency Summit in London, on March 27. More information on the program is here.

– This post is based on an industry research report from GreySpark Partners entitled “Low Latency: Faster than Light” and more information on that is here.

END_OF_DOCUMENT_TOKEN_TO_BE_REPLACED 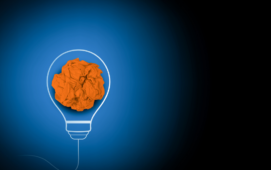