The issuer community is likely to remain a sticking point for the Swift, XBRL US and Depository Trust & Clearing Corporation (DTCC) initiative to introduce XBRL data tagging to issuer documents for the foreseeable future, according to Kees Middendorp, senior consultant for corporate actions at solution vendor SmartStream Technologies. Although the introduction of XBRL to the corporate actions sector is a positive development for the industry overall in theory, it could also involve an expensive and lengthy implementation process, he explains to Reference Data Review.

“Considering that a significant portion of corporate actions risk may be derived from interpretational and timeliness issues, the XBRL corporate actions project is a very positive initiative for the industry,” says Middendorp, who is based in SmartStream’s Australian operations. “The fact that XBRL is already used, and has been proven to provide efficiencies in financial and corporate reporting in many major markets (including the US, Europe, the UK, China and Japan), would appear to make the extension of the standard into corporate actions reporting a logical and natural step.”

He reckons further integration with the ISO 20022 messaging format at the exchange level will provide an ideal platform for issuers to disseminate corporate actions information to intermediaries and investors in a far more accurate and timely process. Many corporate action software vendors, including SmartStream and its direct competitors such as XSP and Information Mosaic, are already gearing up to facilitate this, by working on their individual ISO 20022 integration projects.

The work may be progressing on the vendor side and within other corners of the community, such as custodians (see, for example, BNY Mellon’s progress), but that does not mean everyone is on board with the changes. “The approach taken by the DTCC, XBRL US and Swift in consulting with key parties has been pragmatic and structured, however it has also highlighted the most significant barrier to the initiative succeeding – the issuer community themselves,” he cautions.

Earlier this year, Swift, XBRL US and DTCC released a case study that indicated an estimated saving for the industry of US$400 million a year and potential direct savings to investors and their investment managers of US$172 million annually from adopting XBRL tagging for corporate actions issuer documents. However, Middendorp reckons the case study falls far short of providing a convincing argument for the issuer community as a whole.

“The business case released in mid-2010 struggled to provide any clear benefits (financial or otherwise) to issuers. Rather, it identified several concerns, namely around implementation cost, liability and complexity,” he contends.

Indeed, these concerns have been raised by the issuer community already: back in April Michael Kempe, chief development officer for Capita Registrars, which looks after issuers in the UK and Irish markets, noted that the benefits of XBRL were “unconvincing”. Work has already been done by intermediaries to automate the corporate actions process in Europe in particular, and therefore convincing issuers of the benefits of XBRL will likely be an uphill struggle.

With these concerns in mind, and in the interests of bypassing the potential for lengthy debate and red tape, Middendorp suggests that the US Securities and Exchange Commission (SEC) may have to extend its XBRL reporting mandate to cover corporate actions. Regulatory compulsion may therefore be a prerequisite to the success of the initiative overall.

And the bad news doesn’t end there: “The concept of XBRL for the corporate actions market is sensible, both for the US and other countries, however it smacks of being an expensive and lengthy process to implement.” Time and money: things that the industry is rarely keen to provide.

He continues: “It requires buy in from a large number of diverse parties, in an industry where new initiatives are taken up very slowly, for example, some major custodians in sophisticated markets still do not integrate with ISO 15022 format Swift messages.” If 15022 struggled to gain widespread traction in the market, then surely the fate of 20022 will be similar?

Moreover, Middendorp is not alone in his concerns: Reference Data Review heard much the same from Christine Strandberg, global product manager for SEB Global Transaction Services, last month. She reckons 20022 and XBRL’s success will be predicated on their adoption by market infrastructures and SEB has held off on implementing 20022 standards in light of these concerns.

Turning to Asia, however, Middendorp reckons there may be more potential in the long term for XBRL: “Within Asia, there is a slowly growing acknowledgement of the efforts being undertaken in the US, and organisations in many markets will be closely following the success or failure of the initiative over the next year or so. Whilst the rate of adoption of XBRL for corporate actions in Asia will be anyone’s guess (should it be adopted at all), their being at the forefront of using XBRL for financial reporting certainly provides for a positive foundation.”

END_OF_DOCUMENT_TOKEN_TO_BE_REPLACED 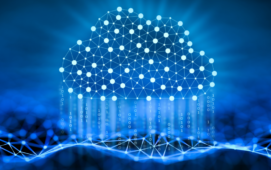