Following its implementation of the Netik InterView data warehouse in separate iterations at its Cape Town and London operations, which began back in 2004 and was completed last year, Investec Asset Management is now planning to rationalise these two data warehouses so that it can operate from a single global data warehouse. Waldi Schoonraad, UK head of IT at Investec Asset Management, explains to Reference Data Review that the buy side firm is expecting this process to take between a year and 18 months and to be relatively straightforward, given that it will involve dealing with a single supplier rather than multiple vendors.

“One of the things we are focused on now is implementing the platform on a global basis,” says Schoonraad. “This won’t be an overnight process but the fact that we have Netik in both areas and we are dealing with a single supplier will make it much easier. We are considering it to be a one year to 18 month project in a realistic timescale, taking into account other initiatives going on.”

Schoonraad also reckons that in the current environment, outsourcing can act as a great motivator for getting data management systems in order. Certainly, that was the approach that Investec’s IT team adopted back in 2003 when it kicked off the process to select both an outsource provider and a new data management warehouse. “We decided that we wanted a level of isolation between ourselves and our outsource provider State Street to retain control of the data on our side,” he explains.

“We went through a selection process and drew up a shortlist, most of them recommended by the outsource providers – so we spoke to Netik and some other vendors. The decision was to implement a data warehouse solution as a data hub between us and State Street,” he continues. “One of the reasons we chose Netik was that they are focused on the data management space rather than attempting to be all things to all men. Larger vendors may lose customer focus or product focus. Netik was specific about being in the asset management space and their data models fit that. We also liked the people and we could have an open and honest discussion about any issues.”

The implementation process of outsourcing and moving the data warehouse to a third party concurrently was not without its challenges, warns Schoonraad. “One of the biggest challenges of the process was the fact that we were doing the implementation of Netik, which was quite a big architectural change for us, at the same time as we were outsourcing our back office to State Street. The two projects were closely linked and they had an impact on each other – delays for one caused delays to the other. We then made a conscious decision to split them apart and run at our own pace with the Netik implementation,” he explains.

The firm also decided to split its data warehouse into two separate installations: one in Cape Town and the other in London. This was largely to do with what Schoonraad calls technical communications challenges such as those to do with bandwidth and reliability between South Africa and the UK. “This made a single implementation unrealistic at the time. The outsourcing was done as an initial lift-out and then a migration onto State Street’s strategic Enterprise platform. After the Netik implementations went live in both regions during 2005 and 2006, the outsourcing was done in a phased approach, with Cape Town in July 2008 and UK business London in November 2009,” he says.

These technical connectivity challenges have now been, or are being, addressed and this is why the firm is planning to move forward with its rationalisation onto one data hub. “We will start leveraging that towards the middle of this year and that will allow us to create a single global Netik implementation, thus making it easier for us to run the business on a globalised basis,” he continues.

Schoonraad reckons that one of the first benefits of implementing the data warehouse, or data hub, in the first place was that Investec was able to perform a very smooth transition on the outsourcing front. “We demonstrated that you could effectively have a plug and play arrangement whereby on one day you are plugged into a legacy system and the next day you are plugged into the new strategic system and it has minimal to zero impact on your downstream systems,” he elaborates.

Another, more obvious benefit is that the hub has consolidated the buy side firm’s data into a single environment and thus made things like consolidated risk reporting much easier. Finally, it has also simplified Investec’s IT architecture tremendously: “We had all sorts of point to point interfaces but the data hub has standardised the way we integrate the systems. It has made it a lot simpler to manage and we are able to do a lot more with the same number of people.”

Rather than attempting to get buy in for a standalone data management project, Investec tied its project into the whole outsourcing framework. “The reason we did the data warehouse project was to enable the outsourcing and we explained to management that it would be difficult to outsource with so many point to point interfaces to integrate. It meant we could get a single feed of data from the outsource provider to our downstream systems. As each feed went live we demonstrated the benefits of this single source,” says Schoonraad.

Netik is still considered to be part of the IT department but the firm is now rolling it out a bit more to the end users for reporting purposes, he adds. “We don’t see it as an application that will sit directly in front of a fund manager – yet.”

Investec is not alone in its use of outsourcing as the rationale to get a data architecture project off the ground; Schoonraad notes that other fund managers have gone down a similar route. “Outsourcing is a hugely visible project and there is a lot of risk involved so you can use the risk mitigation argument to tackle your data management and data architecture challenges,” he concludes.

END_OF_DOCUMENT_TOKEN_TO_BE_REPLACED 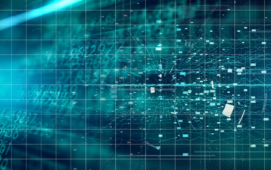