During this afternoon’s vendor/client double act, Tommy Drummond from vendor Informatica and Benjamin Gavin from insurer Norwich Union explained the benefits of a scorecard against which to measure data quality. They demonstrated to FIMA delegates the benefits of clear data quality metrics via a practical case study.

The metrics and targets for projects must be carefully defined via KPIs to allow institutions to judge whether projects have met their goals, they explained to the delegation. Norwich Union has recently completed the four week implementation of a database consolidation project, which Gavin, who is change consultant at Norwich Union, said has resulted in significant savings.

The insurer decided to use Informatica to help it to consolidate two databases containing client information, following its merger with another insurer. “We had anecdotal evidence that there were a lot of duplicate records but this was not easily measurable,” explained Gavin. “We therefore decided to move onto a single platform and consolidate all the data contained within both systems.”

From the proof of concept onwards, Norwich Union focused on identifying what they needed from the vendor, including defining the specific matching rules. The project resulted in a 58% reduction in duplicative records and significant reduction in operational costs, Gavin said. “There is more standardisation going forward and the process is much easier to deal with, including audit better controls due to increased STP,” he claimed.

END_OF_DOCUMENT_TOKEN_TO_BE_REPLACED 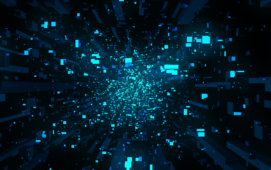