Hong Kong’s Securities and Futures Commission (SFC) has fined two Merrill Lynch Asian subsidiaries a total of HK$3,500,000 (US$450,000) for systems and controls failings in their risk management and monitoring systems that led to the mis-marking of activities in a derivatives trading book. The SFC’s investigation found that during the period from December 2007 to October 2008, a managing director of Merrill Lynch had mis-marked a trading book in exotics options by manipulating the volatility marks in the valuation model, and accessed the computer system without authority to alter pricing parameters on various occasions. Merrill Lynch (Asia Pacific) Limited and Merrill Lynch Futures (Hong Kong) Limited’s risk management systems and controls were therefore judged to be unable to detect the mis-marking.

Mark Steward, the SFC’s executive director of enforcement, explains: “Licensed corporations must have effective procedures in place to manage risks of trading books. For books that deal in illiquid assets that have low price transparency, more robust measures must be in place. The proper implementation of an effective risk management framework could have enabled Merrill Lynch to detect the mis-marking earlier.”

The mis-marking activities, which did not apply to any other books, therefore resulted in the value of the derivatives book being inflated by approximately US$25 million and caused the actual loss in the book to be wrongly reported internally, according to the SFC. The regulator noted that there was a lack of adequate internal controls procedures in place to manage the risks associated with mis-marking and there was uncertainty as to supervisory responsibilities over the trader and the book. Moreover, it indicated that the price verification mechanism applied to other trading books was not applied to the book in question.

In its ruling, the SFC indicated that there were inadequate checks and balances over the book to mitigate operation risks including risks associated with fraud and dishonest activities. There were also insufficient safeguards over information security and integrity as regards the book, trading and valuation policies were not sufficiently implemented and senior management failed to adequately manage the risks associated with the book.

Merrill Lynch has indicated that it accepts that its systems and controls fell short of those expected in respect of the book. In turn, the SFC has accepted that Merrill Lynch’s misconduct was not intentional and the firm has taken remedial steps to address the compliance weaknesses. In deciding on the sanctions, the SFC took into account Merrill Lynch’s cooperation in resolving the case.

The fine is indicative of the increased awareness on the part of the regulators about the need for both valuations transparency and risk management oversight. It is also reflective of a more intrusive regulatory approach when it comes to checking the data details, much the same as the UK Financial Services Authority’s current focus on systems and controls failures across the industry.

END_OF_DOCUMENT_TOKEN_TO_BE_REPLACED 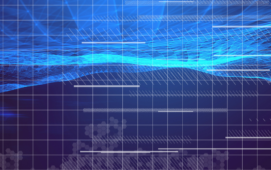