Fidessa has postponed its shareholder vote on the £1.4 billion cash offer from Temenos after receiving approaches from two separate, as yet undisclosed third parties, who are each considering making an offer for the firm at a premium to the Temenos bid.

Under the Temenos offer of February 20th, which had the formal backing of the Fidessa board, shareholders would receive in aggregate £36.467 per share in cash, comprising £35.67 cash consideration from Temenos and a £0.797 dividend. The offer, which implied an enterprise value multiple of approximately 4.3x Fidessa’s recurring revenue and 23.8x Cash EBITDA for the year ended 31 December 2017, was due to be put to an investor vote at a General Meeting on April 5th.

That meeting has been shelved, however, following two new proposals from unidentified parties – one of which would offer an aggregate £38.297 for each Fidessa Share (including a £37.50 cash consideration and £0.797 dividend) – a 5% premium to the Temenos offer. Although no details on the second bid were provided, and Fidessa has stressed that discussions are ongoing and “there can be no certainty that a formal offer from either will be forthcoming,” this higher offer could be the first sally in a new bidding war.

So who are these mystery bidders?

Fidessa has so far been coy as to the identities of its new suitors. But there could be a number of would-be buyers with an interest in gaining control of the market leader in the front-office trading technology space.

An observer’s list of ‘usual suspects’ would necessarily include, for instance, Blackstone/Thomson Reuters, which despite the possible sale of its bond-trading platform Tradeweb still holds a robust track record for OMS/EMS acquisitions (including US software house Aegisoft in 2010 and EMS platform REDI in 2017).

The recently merged Itiviti-ULLINK is another bet – with its stated ambition of competing with the market leaders, could this be an early shot across the bows? FIS, parent of SunGard, which long ago acquired long-time Fidessa rival GL Trade, could also be a contender, as could be the low-profile yet prolific ION Trading, which has swallowed up a long string of acquisitions over the past decade.

Or will Fidessa be the lucky beneficiary of a pure VC play from a party such as Warburg Pincus, which has recently been pushing its own fintech agenda (including last year’s minority stake in Swiss software provider Avaloq)?

Yet another twist comes from the participation of well-known activist investor Elliott Capital Advisors, which in February revealed a surprise 4.9% stake in Fidessa. Known for its ruthless campaigns to push up company value, its influence could be the catalyst for this latest round of bids.

Fidessa has promised to release a deadline by which the new bidders must “clarify their intentions,” but time is of the essence, as the extant offer from Temenos requires a shareholder vote to be held by April 27th – leaving just a few weeks for any last minute maneuvering.

Whoever it is, Fidessa has a tough decision ahead. A Temenos deal could yield significant benefits in terms of operational efficiencies and cross-selling opportunities, generating an estimated $1.2 billion in combined annual revenues and over $60 million in cost savings.

However, concerns have been raised over the possibility of an effective integration between the two firms – especially as Temenos lacks a post-trade processing platform, which could require yet another acquisition in order to fully leverage the potential of its target. A list of contenders in this space surely would need to include Murex and SmartStream. (As a footnote, former SmartStream CEO Philippe Chambadal is now at Temenos, leading its capital markets strategy.)

Stay tuned as this fintech drama plays out…

END_OF_DOCUMENT_TOKEN_TO_BE_REPLACED 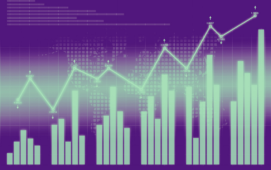