Quite some time has passed since the European Commission kicked off its investigation into Standard & Poor’s pricing practices concerning International Securities Identification Numbers (ISINs) back at the start of 2009 and, later in the year, into Thomson Reuters’ licensing of its proprietary data codes. However, the Commission is still deliberating on the outcome of these two separate investigations, both of which could set a precedent for charging practices in this space, according to a recent speech by EC anti-trust commissioner Joaquin Almunia.

Speaking on the subject of competition in the European markets in Brussels at the end of last month, Almunia noted that the S&P case could potentially be settled in future, but a conclusion has not yet been reached with regards to next steps. He noted how the two cases illustrate the Commission’s “attempts to discipline companies that handle information that is indispensable for the financial industry”.

He elaborated: “The concern we are trying to resolve with Thomson Reuters is about the codes it uses to identify securities; these codes are necessary for customers to retrieve company data from competitors, something they cannot do at the moment. This would appear to create a barrier that raises the cost of switching from one provider to another. As to Standard and Poor’s, the case is about the price charged for the use of the International Securities Identification Numbers – or ISINs. The company has a monopoly in the assignment of these numbers to new securities issued in the US and in their distribution to the financial community. We have concerns that Standard and Poor’s may charge too much for the use of these identifiers; in particular, indirect users must pay a license fee although there are no intellectual property rights on these numbers.”

It is also in the process of investigating Thomson Reuters’ licensing policy for its Reuters Instrument Codes (RICs) in a similar vein. The regulator seems keen to break down what it views as these data providers’ market monopolies by ensuring that their codes for data are interoperable and non-proprietary. The RIC codes are used across the industry to identify equities, stock indices and commodity futures, including those outside of Thomson Reuters’ portfolio of products. The ticker like codes are therefore viewed as endemic to the industry: although Thomson Reuters does not sell RICs, the codes used are proprietary to the vendor and are embedded in the data that it sells to financial institutions.

END_OF_DOCUMENT_TOKEN_TO_BE_REPLACED 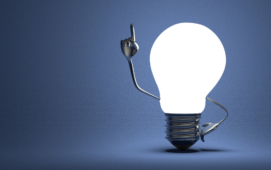