Ciena has been in the news a bit of late, with its 6500 packet optical platform being adopted by several network providers, most recently euNetworks for its 100 gigabit upgrade.

euNetworks his upgraded a portion of its entire European network to the higher bandwidth, with roll out in Frankfurt, London, Amsterdam and Paris, and also between Dusseldorf, Hamburg, Dublin, and Manchester.

The move by euNetworks is not the only success for Ciena with its 6500 technology.  Perseus Telecom is using it (and other Ciena equipment) for its recently announced ‘fastest to date’ transatlantic service. And earlier this year, Lightower Fibre Networks announced it was leveraging the 6500 for its network in the U.S. Northeast.

For network service providers, 100 gigabit links are the way to go in order to future proof their offerings and make most efficient use of fibre, which remains costly to deploy.

END_OF_DOCUMENT_TOKEN_TO_BE_REPLACED 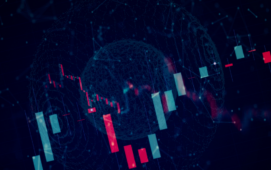