The Depository Trust & Clearing Corporation (DTCC) reported today that 216,765 credit default swaps (CDS) contracts valued at approximately US$5.7 trillion in gross notional value were entered into its Trade Information Warehouse (Warehouse) by market participants in the global OTC derivatives market. These trade submissions met in part industry commitments made to the Federal Reserve Bank of New York and other global regulators to have all CDS contracts registered into a global repository by 17 July.

“We are pleased to be able to verify and now report on CDS data based on what we’ve seen from firms’ initial submission of contracts into our global registry to meet their July 17 deadline,” says Stewart Macbeth, DTCC managing director and general manager of the Trade Information Warehouse. “There was a small percentage of CDS trades which were not previously held in the Warehouse because of the tailored nature of the contracts. In registering these CDS trade positions, the goal of trying to ensure that risk could be seen from a central vantage point at a central repository has now been achieved for the CDS market.”

These contract submissions represent more customised contracts that are not confirmable on an electronic platform such as the automated service provided by DTCC Deriv/SERV. Data registration was received using 30 different currencies from a customer base that spans 35 countries. The submission of these customised trades are for repository and reporting purposes only and do not confer a legal binding agreement in the Warehouse as do electronically confirmed trades that are maintained in the global repository. As of July 24, there were about 2.2 million electronically confirmed contracts with a gross notional value of about US$26.5 trillion registered in the Warehouse’s repository. These new submission represents less than 10% of the total contracts and 17% of the total gross notional value of contracts registered in the repository.

Details on these customised contracts are generally expected to remain fairly static. DTCC will nevertheless publicly release statistical data on these contracts from time to time, though not necessarily as part of its weekly releases of data relating to more standardised contracts, particularly should significant changes in gross notional value or total contracts be determined. DTCC will provide global regulators with information on these contracts, also known as “copper” records, as appropriate and upon request.

END_OF_DOCUMENT_TOKEN_TO_BE_REPLACED 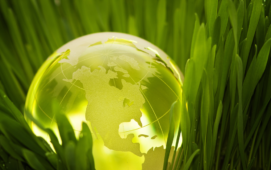