The Depository Trust & Clearing Corporation (DTCC) announced today that it has named Andrew Leonard as managing director and head of Operational Risk for DTCC. In this new position, Leonard will report directly to Donald Donahue, DTCC chairman and chief executive officer.

Leonard is a financial industry veteran with more than 25 years’ experience leading operational risk, regulatory compliance and auditing. Most recently, he served as senior vice president and head of Operational Risk for Fannie Mae from 2006 through 2009. He held similar senior roles with both Wachovia Bank and at Goldman Sachs Group prior to that.

“We are delighted that a person with Andy’s broad expertise will be leading operational risk at this critical juncture,” said Donahue. “While DTCC has an extremely strong record of managing during times of industry crisis and mitigating risk, as we did during the Lehman Brothers, Inc bankruptcy, there’s no question that we need to rise to an even higher level of performance.

Andy will play a key role in helping us transform DTCC in how we think about risk, how we manage it and how we achieve “best in class” risk capabilities to protect DTCC—and the industry.”

Over the past several months, DTCC has been working with Ernst & Young to craft a detailed vision of the enhanced operational risk capabilities that DTCC is looking to implement. The new program will serve as a road map for the company and Leonard will have primary responsibility for guiding the execution of the plan. While building on past efforts and accomplishments, the new plan outlines a top-to-bottom systematic and disciplined review of all activities across the organization from an operational risk perspective.

Leonard, while at Fannie Mae, was responsible for restructuring and centralizing operational risk, compliance and Sarbanes-Oxley initiatives into one comprehensive risk program. He led a Lean Six Sigma quality team for Enterprise Operations under the direction of the chief operating officer, and created and implemented a standardized risk-based assessment across all the business units to identify, measure and manage operational risk.

END_OF_DOCUMENT_TOKEN_TO_BE_REPLACED 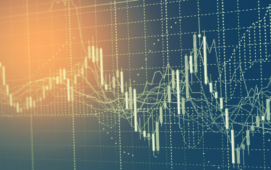